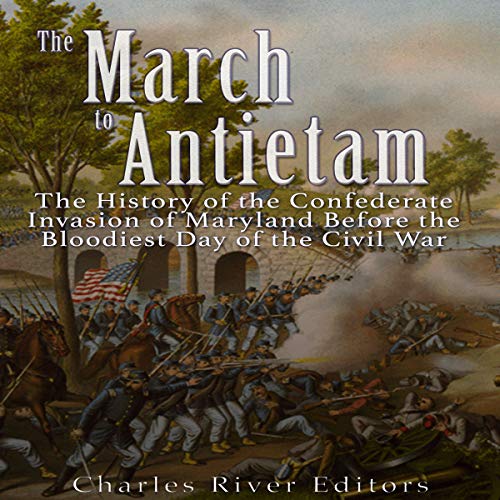 The March to Antietam

The bloodiest day in American history took place on the 75th anniversary of the signing of the Constitution. On September 17, 1862, Robert E. Lee’s Confederate Army of Northern Virginia fought George McClellan’s Union Army of the Potomac outside Sharpsburg along Antietam Creek. That day, nearly 25,000 would become casualties, and Lee’s army would barely survive fighting the much bigger Northern army.

Although the battle was tactically a draw, it resulted in forcing Lee’s army out of Maryland and back into Virginia, making it a strategic victory for the North and an opportune time for President Abraham Lincoln to issue the Emancipation Proclamation, freeing all slaves in the rebellious states.

For those reasons, Antietam is remembered as one of the major turning points of the Civil War, but it is often overlooked that the bloody battle only represented the climactic culmination of a 3-week campaign that saw George McClellan cautiously pull a fragmented Union army together and begin tracking Lee’s army into Maryland.

Sizing up McClellan, Lee had split his army up during its invasion, including sending Stonewall Jackson’s men to Harpers Ferry, but the whole course of the campaign and possibly the war changed when the Union Army somehow found a copy of Lee’s marching orders, telling them where the Confederate army would be and when. To Lee’s surprise, McClellan’s army began advancing far more rapidly, including attacking them at South Mountain before cornering them along Antietam Creek outside of Sharpsburg.

What listeners say about The March to Antietam