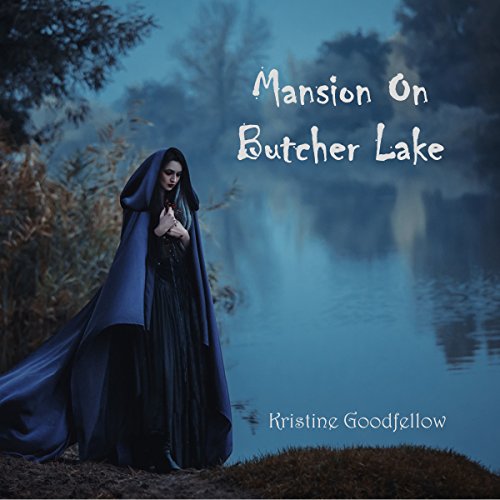 The Mansion on Butcher Lake

The Mansion on Butcher Lake

Lane Butcher's spoiled, unhappy, wife wants out of the marriage, but she doesn't want to forfeit the fortune he inherited. In desperation, she strikes a deal with the devil to make Lane commit suicide. Her pact unravels when she fails to live up to her side of the bargain. The marriage ends, but not exactly as she had planned. The unfulfilled pact allows dark spirits to infiltrate the once beautiful mansion. Family members and the household staff experience paranormal activity and most come face to face with their biggest fears. Lane begins to lose touch with reality and the young industrialist retreats to the basement. He refuses to be seen or talk after revealing the unsettling news that the spirits of the damned are trapped inside the house until he dies.

After the servants flee in fear and there is no more family left, a non-blood relative is tasked with managing the decaying mansion and caring for a relative she's never met. The idea of living in the vine-covered, unkempt mansion with an insane relative holed up the cellar does not appeal to Corwyn, but she has nowhere else to go. Lane and Corwyn are trapped inside the house by different circumstances and neither one wants to be there alone. Once she discovers the real reason for Lane's retreat from the world, Corwyn believes she can help him. That is, if she can keep her own sanity in a house the town believes to be cursed. The mansion on the shores of the lake has the tragic past to prove those rumors correct. There's only one thing strong enough to break the curse. Love.

What listeners say about The Mansion on Butcher Lake

They only thing worse than this book is the narrator. I could not listen to all of it.

I got up to chapter 7 with extreme force. I tried, I REALLY did. Narrator is sooooo dull and boring. Narrator isn't able to keep my attention, I'm stopping and rewinding it constantly. I officially give up. Such a boring and meaningless book.

It's an amazing book and an absolute worth it

Though not a huge fan of male narrators, I spent hours engrossed in it's story
Jerrold is easy to listen to and animated on the best ways. I loved it like I love Rebecca and Jane Eyre. I shall return to this book.

Wonderful story. I do wish there had been an epilogue. The narrator did a good job.

The narration is so pathetic, just horrible.

I felt like a kindergartener having ,See Jane Run, read to me. The plot and characters could have developed into a good book but the reader was terrible and there where times it was childish and disconfigured.

Abrupt end to a long story

Holy cow... that was good but the ending was awful! It’s like the author just got tired of it and said, “the end!” I believe if the story is good enough to make that long, then the end should be honored with the same efforts and passion as e rest of the story.

I found it boring

I got 1/2 way through and finally gave up. I tried to give it a chance. Not only was it predictable but the story drags on forever.

I would skip this one, unless you like those really crappy endings that leave a whole lot of questions unanswered and a ton of loose ends. The book wasn’t great, but it was decent. Until the end. I need everything wrapped up with a pretty bow, and this one just didn’t do it for me. Whoever edited this book, missed some much needed rewriting.

Whirlwind Ride of a Story

Despite the cliche bad guy, some disturbingly dark scenes (trigger warning: sexual assault), and the sudden climax followed by an abrupt end, The Mansion on Butcher Lake kept me interested and wanting to know how it ended.

Hold on to your seats if you pick this one up. It’s a rollercoaster ride of twisted love and unrequited love with a curse that can only be resolved with - you guessed it! - *true love!* I disliked that the mid-1800s heroine said the “f” word without so much as a guilty wince, especially since she was brought up in boarding school. Today, yes, 50 years ago even. But in the mid-19th century? However, I loved that the story’s twists and turns were unpredictable. I would definitely buy from this author again!

This was the first time I've read/listened to a book by this author. I was intrigued enough by the story line to look up more on the author and LOVED how she came about writing this book. The author seems like someone I would LOVE to get to know!
The story was great, the narrator was very, very good. I look forward to reading more of Goodfellows books!