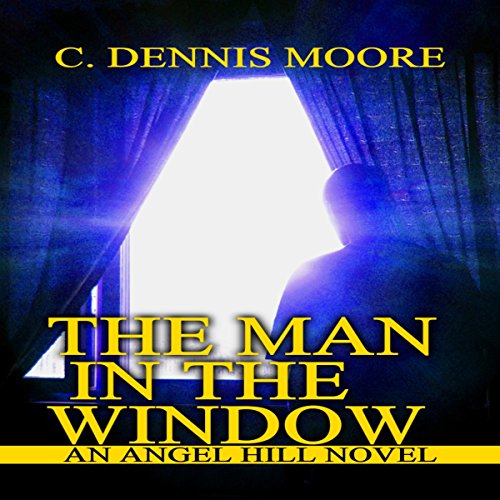 The Man in the Window

The Man in the Window

By: C. Dennis Moore
Narrated by: Greg Walston
Free with a 30-day trial

Angel Hill is not a place to be taken lightly. For many, it's the sort of town you escape from, not one you move into. And those who do often find the ghosts of their past have a way of following them. When Todd Morgan finally moved out on his own, the last thing he expected was the feeling of isolation that came with breaking his leg in a new town, far from his home. That feeling only got worse when the man in the window showed up, a small somehow familiar man who did nothing, just stood there and stared at him. The worst part is Todd's the only one who can see him. But this is no imaginary playmate. The man in the window brings with him memories Todd buried years ago, and once they're woken, he'll have to make a trip back home to revisit the worst day of his life.

Horror author C. Dennis Moore (The Third Floor and Revelations) returns to the town of Angel Hill, Missouri, where ghosts are just the beginning. If Todd wants to solve the riddle of the man in the window, he'll have to face his worst fears before they drive him insane.

What listeners say about The Man in the Window

I enjoyed "The Third Floor". This? Not so much.

Having enjoyed "The Third Floor" for bringing me back to a classic haunted house ghost story in a non-cheesy way, I was eager to hear more from this author and his crazy little town.

Off the bat, the first thing I noticed was that there was a different narrator, and the change wasn't for the better. This tale is told in the first person for the most part and the narrator does a poor job of not sounding like he's just reciting a memoir. He speaks fast, doesn't inflect properly and immediately lessened my enjoyment of the tale.

That said, I kept on, as very often a good story can make up for a poor reader. The story was in-line with what I expected from Moore, but fell flat as the events appeared too disjointed and unrelated to really make sense. The characters (primarily the protagonist and his shrink friend) are fairly one-dimensional and are really only there to be our window into what is going on.

Speaking of what is going on, I still don't fully know. Like the random series of events, the answers provided in the book don't make a whole lot of sense and left me wondering if the protagonist was REALLY off his meds. I could've accepted a schizophrenic delusion as an explanation over what we got.

Overall, some good elements here, they just didn't come together to form a cohesive story in my opinion.