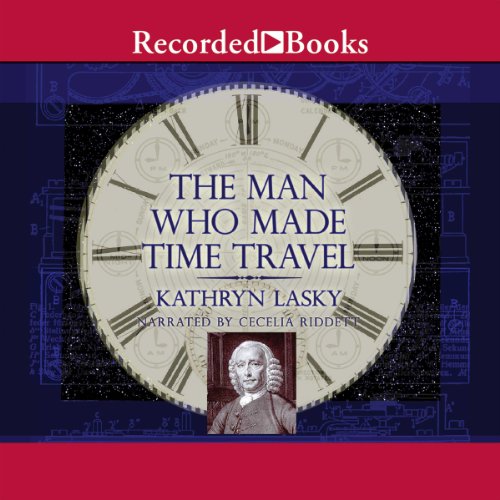 The Man Who Made Time Travel

By: Kathryn Lasky
Narrated by: Cecelia Riddett
Try for $0.00

At sea, captains need to know their ships’ location at all times or risk crashing into unseen dangers. Since people first took to the seas, the stars have been useful for measuring latitude - or position relative to north and south. But up until the 18th century, there was no accurate way to measure longitude - or position relative to east and west. Countless seamen were lost because they didn’t know they had sailed into dangerous waters. To encourage the invention of an accurate method for measuring longitude, the British monarchy offered the Longitude Prize in 1714. Major scientists of the age - notably Galileo and Sir Isaac Newton - were convinced the only possible solution was mapping the heavens. But John Harrison, a clockmaker from a tiny village, thought differently. He was sure the answer was simply a matter of time. Over many years, he built a seafaring clock entirely from scratch. His design worked brilliantly, yet politics conspired to keep him from the prize he so rightly deserved.

This fascinating book from Kathryn Lasky will interest children in science, math, and history through an accessible biography of a great innovator.

What listeners say about The Man Who Made Time Travel