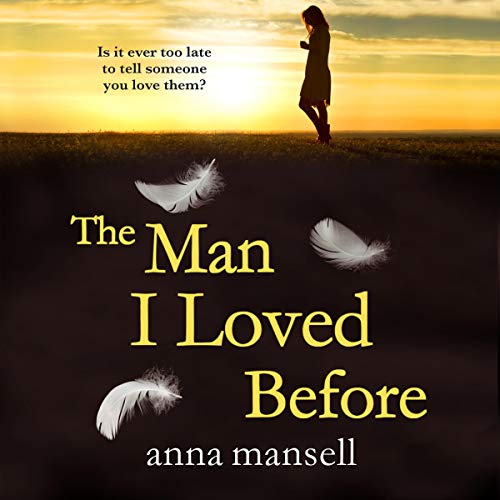 The Man I Loved Before

By: Anna Mansell
Narrated by: Ella Lynch
Try for $0.00

"Dear Ben, I can only write you this letter because I know you’ll never read it...."

When Jem writes to her ex, Ben, it’s to explain everything. All the secrets she kept from him - from the little lies she’d sometimes tell about how new those shoes really were, or how many glasses of wine she’d had that evening...right up to The Big Thing that happened on the night that changed everything. But she never expects he will actually see what she’s written.

She is just writing because she thinks it will help to get the words out. Later, she resolves, she’ll burn the letter, and then the past will be in the past for good.

Because Jem is doing fine now. She’s busy: working, spending time with her best friend, and looking after her mother, who’s in remission from cancer. She’s even dating again and has just met a guy who she thinks she could actually fall for. At long last, Jem is really, definitely somewhere close to happy.

But her mum finds the letter and thinks she’s doing Jem a favor when she posts it to Ben. And Jem’s new, carefully rebuilt life begins to unravel in ways she could never have imagined. Then, when her mother gets ill again, she finds herself asking who has the key to her future. The man she’s falling in love with now? Or the man she loved before?

A heartbreaking, beautifully honest novel that will stay with listeners long after they finish it. Perfect for fans of Diane Chamberlain, Amanda Prowse, and Susan Lewis.

What listeners say about The Man I Loved Before

"The Man I Loved Before" was beautifully written and pulled my heart in so many directions. The characters flaws just made me ache to my core. I felt like I was witnessing a friend struggle with her self worth and second guessing so many of her life choices. I was just rooting for this woman who, from the onset of the novel, had declared herself broken.

This was a story of growth, but only after wilting away. A story of being put back together only after the pieces have shattered to unthinkable tiny slivers. I was so frustrated and so upset through the whole thing, but I grew in my understanding of the character as she grew in her own understanding.

As usual, I am in love with the performance by narrator Ella Lynch. 13 seconds into the story, her tone was tugging at my heart strings and entwining an even more intense connection to the novel. Such a great book and I would highly recommend.

This title dragged me mercilessly through a wider range of emotions than I was aware I was capable of experiencing from an audiobook. The story is written very well, delicately moving the main character through her development at a measured, careful, sometimes almost unbearably slow pace while keeping tension with the supporting characters. The author does a very good job of compounding stressors and wraps up lose ends very neatly. The narration is uncomprimisingly superb throughout, with unique, believable and consistent voices for each individual. An excellent use of a credit.

This book is beautifully written and has such a quiet strength and gentleness to it.

Ella Lynch really brings gem to life with the warmth and care she deserves, her narration is on point and an absolute joy to listen too. I'm on my 3rd listen of the book that's how good it is.

Took one star off because of the swearing words which I did not appreciate, therefore spoilt complete enjoyment of the Audio book. so returned it to Audible.