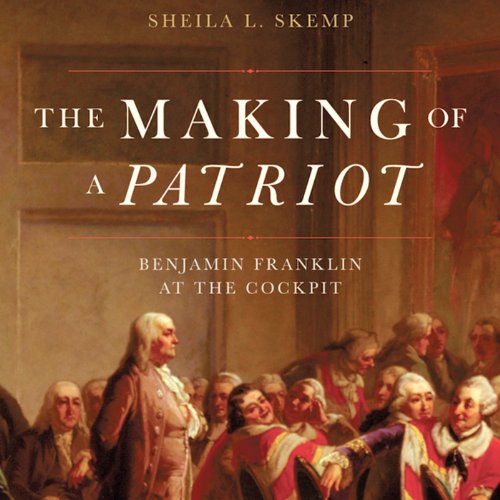 The Making of a Patriot

By: Sheila Skemp
Narrated by: Catherine Dyer
Try for $0.00

On January 29, 1774, Benjamin Franklin was called to appear before the Privy Council--a select group of the king's advisors--in an octagonal-shaped room in Whitehall Palace known as the Cockpit. Spurred by jeers and applause from the audience in the Cockpit, Solicitor General Alexander Wedderburn unleashed a withering tirade against Franklin. Though Franklin entered the room as a dutiful servant of the British crown, he left as a budding American revolutionary. In The Making of a Patriot, renowned Franklin historian Sheila L. Skemp presents an insightful, lively narrative that goes beyond the traditional Franklin biography--and behind the common myths--to demonstrate how Franklin's ultimate decision to support the colonists was by no means a foregone conclusion. In fact, up until the Cockpit ordeal, he was steadfastly committed to achieving "an accommodation of our differences."

The Making of a Patriot sheds light on the conspiratorial framework within which actors on both sides of the Atlantic moved toward revolution. It highlights how this event ultimately pitted Franklin against his son, suggesting that the Revolution was, in no small part, also a civil war.

What listeners say about The Making of a Patriot

Explores Franklin's experience at the Cockpit and the ramifications for American and Franklin's relationship with his son, William. The author does a good job of placing the event within context of the revolutionary experience.
Presentation is excellent.
Highly recommended along with H. W. Brands, The First American, also an audible selection.