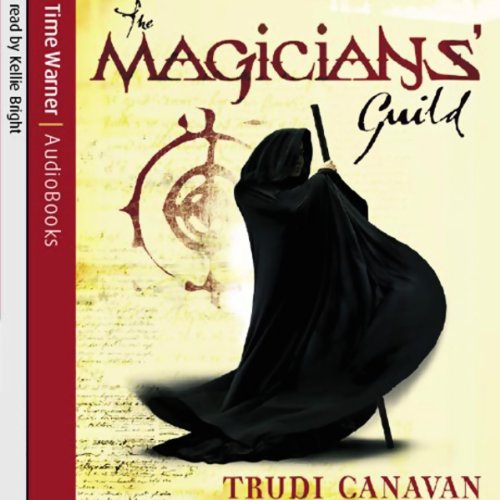 By: Trudi Canavan
Narrated by: Kellie Bright
Try for $0.00

Each year the magicians of Imardin gather together to purge the city streets of vagrants, urchins and miscreants. Masters of the disciplines of magic, they know that no one can oppose them. But their protective shield is not as impenetrable as they believe.

Sonea, angry, frustrated and outraged by the treatment of her family and friends, hurls a stone at the shield, putting all her rage behind it. To the amazement of all who bear witness, the stone passes unhindered through the barrier and renders a magician unconscious.

The guild's worst fear has been realised...There is an untrained magician loose on the streets. She must be found before her uncontrolled powers unleash forces that will destroy both her, and the city that is her home.

"The world-building is tremendous. The magical system is sophisticated and fascinating." (Striking Keys)

What listeners say about The Magicians' Guild

Recently I have been buying audio versions of books I am very familiar with and no longer have the time to read. This particular series has been abridged to the point of insensibility.

There are two versions of this series on Audible. This one, which has a better narrator but is abridged heavily, and another which is full read but has a terrible narrator....choose your poison

I really enjoy fantasy books and this series (of which this story is the first of three) is my favorate. This story is good, the second (The Apprentice) is better and the last (The High Lord) is fantastic!

I really enjoyed the reading of the book in this audio and can't wait for the rest of the series to be released.

The trillogy is the best I have read for a while!

This is a great book, though a little slow in setting the scene, it picks up pace. By the time you have read the second book, you cant stop at the end, so have the third one to hand!! Just a great story. I am looking forward to reading more from Ms Canavan.

it is a shame this is the abridged version but I could not stand the narrator in the unabridged.

I personally love the story that is butchered here in my opinion there is no point to an abridged version of a story on audiobook.

abridged... good but not the best

What a wonderful performance, would listen to her every day! Shame the book has been cut to pieces.

First audio book but not the first time reading

I just loved it.

A book from my childhood, and I just loved listening to it throughout.

The narrator was clear and effective in her delivery, perhaps not my desired tone for some of the characters, but that’s just a personal view.

Why is there music between chapters? It’s really frustrating. Please fix it, it ruins it

This is one of my "fall back" book trilogies to read so I figured I would download it on Audible... this version was a HUGE mistake! abridged, with random, sudden, bursts of "dramatic" music in between the reading just got simply annoying and if anything, took AWAY from the suspense of the book.