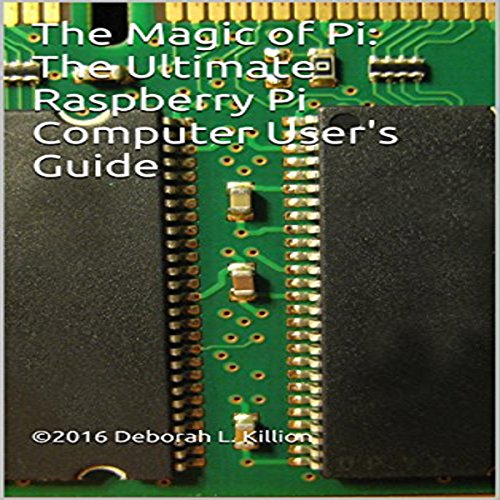 By: Deborah Killion
Narrated by: David Satterlee
Try for $0.00

Imagine a world where anything is possible, and computers are the ultimate extension of one's imagination.

This is the official Raspberry Pi handbook of the new innovative "Second Brain" computer system developed by tech guru, Deb Killion. While it is shipped out free to those who purchase the Second Brain Raspberry Pi computers Deb sells Online, she is offering the book to others on Amazon who just want to learn about the magic of Raspberry Pi and what it can do for kids and hobbyists interested in this fascinating new technology.

No bigger than the palm of your hand, the minute-sized motherboard is capable of doing so many things, it is impossible to list them here. So listen to this manual on RP technology and see for yourself if it's something you are interested in getting into. It allows anyone to dream, create, and innovate.

What listeners say about The Magic of Pi: The Ultimate Raspberry Pi Computer User's Guide