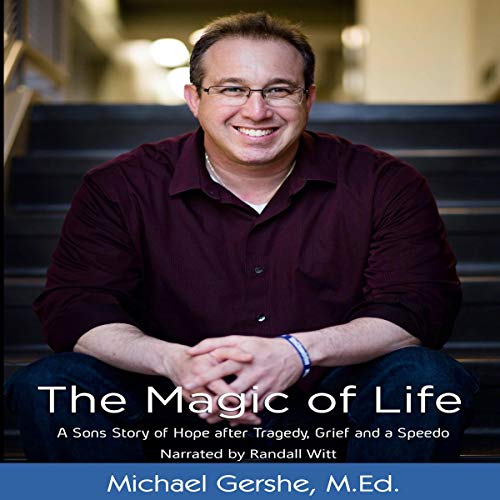 The Magic of Life: A Son's Story of Hope After Tragedy, Grief and a Speedo

By: Michael Gershe
Narrated by: Randall Witt
Try for $0.00

Hit by a drunk driver that killed his mother and nearly himself as an infant, Michael Gershe found The Magic of Life. Despite breaking almost all his bones in the car crash, he became a collegiate swimmer, stand-up comedian, college educator, author, professor speaker, and founder of a non-profit organization. Michael dedicated his life in trying to eliminate impaired driving, so others don’t experience the same pain as him and countless of other families. The Magic of Life explores how he overcame tragedy, grief, and depression throughout his life. Even though he lost his mother, he and his brother were raised by his father and an incredible Jamaican woman who stepped in to fill the mother’s role. Michael shares his unique life about loss and how he finally addressed his grief with a blend of humor and inspiration that will have you crying and laughing throughout the book.

What listeners say about The Magic of Life: A Son's Story of Hope After Tragedy, Grief and a Speedo