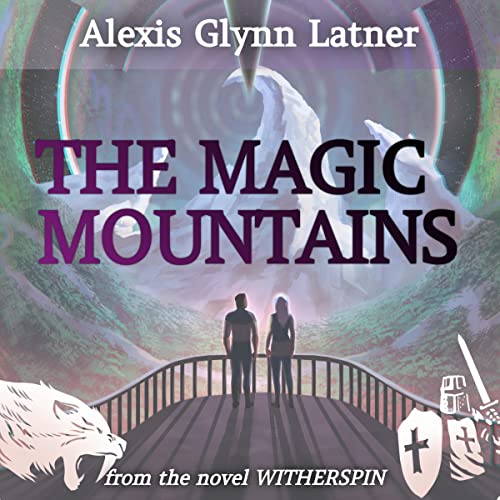 By: Alexis Glynn Latner
Narrated by: John Marsh
Try for $0.00

Nia Courant is an interstellar lawyer with a shadowed past. Gyle Martan is an academic official who is not at all what he seems. Both are outsiders in the space-station city called Wendis. When an outing in the famous Zoned Park of Wendis turns into a dangerous game designed by unknown enemies, Nia and Martan become allies in danger and adversaries in love.

This is a story that had a novel grow up around it. The novel is Witherspin, the first book in the new romantic science fiction suspense series called Starways.

The Magic Mountains is an altered version of the cover story in the July/August 2006 issue of Analog science fiction magazine, with the title Witherspin. It subsequently appeared in the Pets in Space® Sampler.

What listeners say about The Magic Mountains