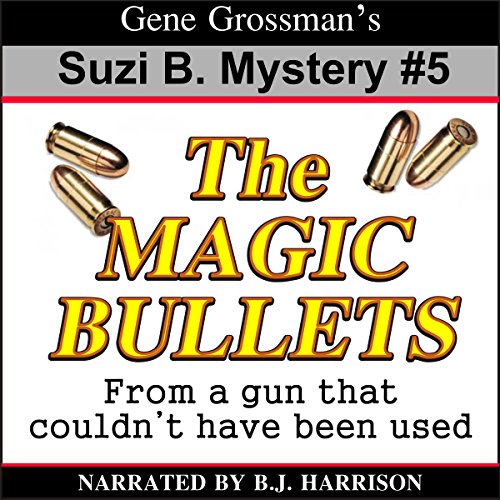 This case that the public nicknamed "the Magic Bullets Murder" stumped the police, the District Attorney, and the State Attorney General's forensic department because they all had no idea how a murder could be committed by bullets that were determined to have been fired from a gun that absolutely could not have been used...until someone with a much better brain than theirs started working on the case and amazed everyone with some answers that they never would have thought of.

That someone was the new detective in town that has earned the respect of local law enforcement agencies for help in solving several complicated high-profile cases and assisting a local attorney in getting his clients acquitted of criminal charges - while also providing the District Attorney with valuable information leading to the arrest and conviction of some dangerous criminals.

Up until this point, the services of this brilliant computer-savvy crime-solver was limited to police departments, prosecutors, and well-known criminal defense attorney Peter Sharp...the reason for this being because she's a brilliant, 13-year-old Chinese girl name Suzi, a computer whiz and the legal ward of attorney Peter Sharp, and has become tired of doing all the work and seeing her lawyer guardian and the District Attorney take all the credit for her efforts, so she's decided to start taking on only cases of her own choosing, and for which the result of solving each will also provide a sufficient financial reward.

Suzi finagles all of the adults including attorney Sharp, District Attorney Myra, plus some police into doing the heavy lifting, while she spends her time on the computer connecting the dots necessary to solve the case and enhance her reputation as being a "mini-Sherlock-Holmes".

What listeners say about The Magic Bullets