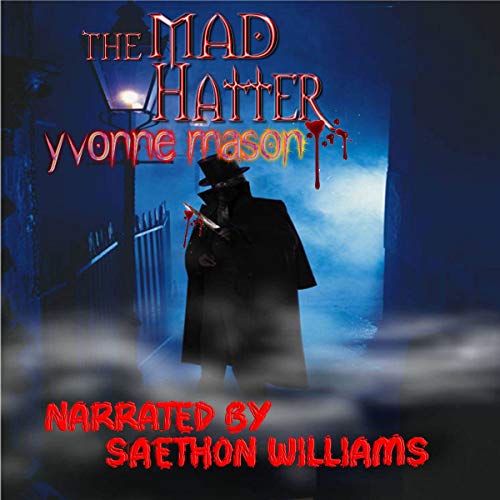 By: Yvonne Mason
Narrated by: Saethon Williams
Try for $0.00

The year is 1888. The Place is the East End of London. Dead and mutilated bodies are popping up all over the east end from Stamford to Whitechapel.

Jack the Ripper is making his mark in the East End in ways that puts the city on edge, so to speak.

Johnathon Rhoades has been exposed to mercury since he was a boy of sixteen working in his father’s hat factory, which he now owns due to his father’s unexpected death. The hats that are created at the factory are in such demand that he almost cannot keep up with the orders.

Young Elizabeth, who happens to be in the employ of Johnathon Rhoades manages the storefront on Whitechapel road.

As the body count climbs and all of the East End is quaking in their shoes, the hat factory is booming. Everyone who is anyone wants a creation from the Rhoades Hat Factory including Sam Flanghan, the local coroner.

Who is the Ripper? Why are these hats so much in demand? Is the Hatter really mad?

What listeners say about The Mad Hatter