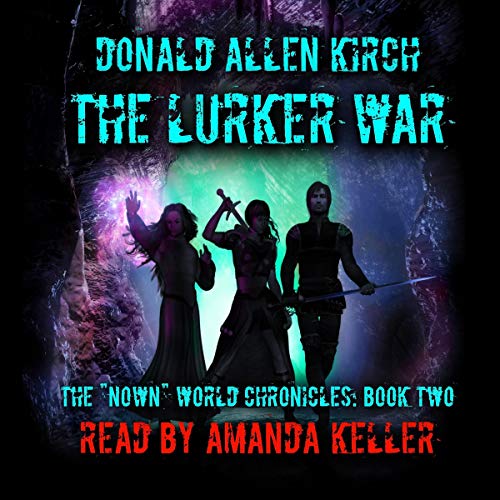 By: Donald Allen Kirch
Narrated by: Amanda Keller
Try for $0.00

In Book 2, an evil force grows within the "Nown" World, and peaceful nations wage war on one another for no apparent reason.

Meanwhile, Karen (Formerly Ka-Ron the Knight) returns home after her adventures and accepts her new identity as a woman. She learns that in her absence, Idoshia has become a fallen, conquered nation and the Royal Family are prisoners in their own castle, leaving her as the people's one and only hope. She battles everything from elves to vampires with the soul of her beloved country at stake in what will be remembered as "The Lurker War".

What listeners say about The Lurker War