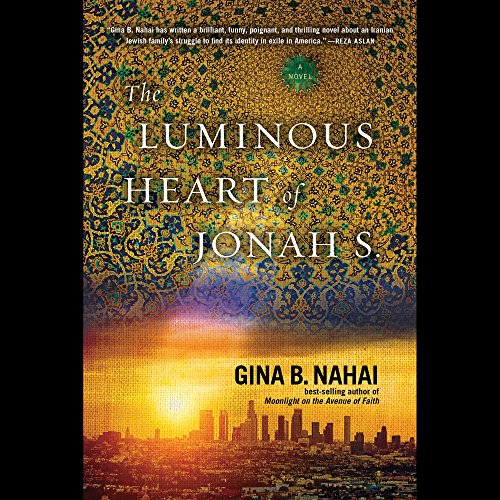 The Luminous Heart of Jonah S.

From Tehran to Los Angeles, The Luminous Heart of Jonah S. is a sweeping saga that tells the story of the Soleymans, an Iranian Jewish family tormented for decades by Raphael's Son, a crafty and unscrupulous financier who has futilely claimed to be an heir to the family's fortune. Forty years later in contemporary Los Angeles, Raphael's Son has nearly achieved his goal - until he suddenly disappears, presumed by many to have been murdered. The possible suspects are legion: his long-suffering wife; numerous members of the Soleyman clan exacting revenge; the scores of investors he bankrupted in a Ponzi scheme; or perhaps even his disgruntled bookkeeper and longtime confidant.

Award-winning novelist Gina B. Nahai pulls back the curtain on a close-knit community that survived centuries of persecution in Iran before settling and thriving in the United States, but now finds itself divided to the core by one of its own members. By turns hilarious and affecting, The Luminous Heart of Jonah S. examines the eternal bonds of family and community, and the lasting scars of exile.

"A riveting tale... Readers will be well rewarded." (Publishers Weekly)
"What results is a novel that feels more universal than anything, and an engrossing, expansive epic that charts not only thousands years of Iranian Jewish life, but the brutality of one family's survival amidst revolution and cultural upheaval." (Kirkus Reviews)
"One of Nahai's gifts is her astute observation of this community, her own, which she describes with unsparing precision." (Los Angeles Review)

What listeners say about The Luminous Heart of Jonah S.