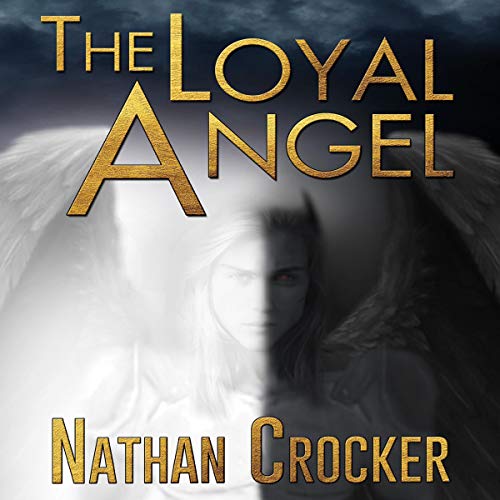 By: Nathan Crocker
Narrated by: Steve Rausch
Try for $0.00

"The Loyal Angel is fantastic! It's plausible, fun, and exciting from beginning to end!" (Aryn the Libraryan: Christian Book Blog)

At the dawn of Creation, when Satan rebelled against God, one angel was caught in the middle.

Heaven is the only world the angels have ever known. But when God embarks on a new creation, everything begins to change. With a vast new universe taking shape around them, the heavenly host faces uncertainty for the first time.

For one angel, this unprecedented event creates a rare opportunity. Malachi has always dreamed of joining the Morning Star Legion, the elite guard of heaven. He finally gets his chance on the first day of the Lord's new creation.

But things are not what they seem.

Malachi finds himself drawn into a twisted culture where fanatical devotion to the legion’s powerful yet enigmatic leader is only the first in a series of shocking revelations.

Now, he must plan his next moves carefully because the choices he makes will have eternal consequences, not only for himself, but also for the Lord’s newest creation - Humanity.

What listeners say about The Loyal Angel

Great story line, entertaining and good narrator. Thank God there are good books not laced with profanity, which goes to show profanity does not have to be a part of a story line to make it interesting.

It always interests me to see how others see Heaven, angels, the Lord and God Almighty. I enjoyed this book very much, it followed biblical teaching which I always appreciate.

This book made me think about the power in the Name of Jesus and the work of the Heavenly Host.
Angel have power but prayer is the key. I really enjoyed this book. It made me think.please read and enjoy.

The good: You can easily tell when different characters are speaking, so excellent voice performance 👌. The story also has a strong start, with angel boot camp and a likable angrl!

The Bad: The narrative is simplistic and repetitive. God is a blatant hypocrite at multiple points yet nobody questions this (except the "bad guys" #teamlucifer), angels do nothing as people are yanked about by demonic manipulations because of an absurd NON interference order 🙄. God admits to having set-up Lucifer, and makes a mockery out of "free will" by making it clear it's all predestined! I AM NOT A TRUE BELIEVER, I enjoy a bit more variety with my Angel stories.

A good retelling of a great Bible era. Brings to life the Creation story. You won't be disappointed.

Got worse the longer I listened

I listened for 10 hours hoping it would improve. I really disliked the narrator so that did not help. Finally had to give up.

This is a great way to strengthen your beliefs. It can be a little bit more longer. The ending needs more work.

This was the best book I've listened to.

this was the most interesting and in many ways and I opening book I've listened to. I totally enjoyed this

The book was an interesting mix of Christian scripture, strategy, and vividly detailed action sequences. Told from the perspective of a Warrior angel, the author imagined creative storylines that bridged gaps in creation scriptures with plausible events. Good read if you want to know how the War for People’s Souls really played out.