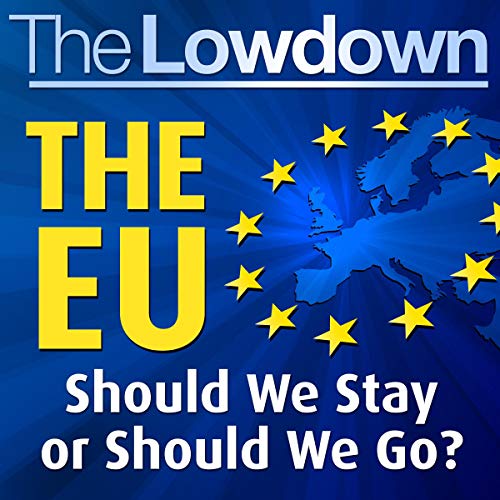 The Lowdown: The EU - Should We Stay or Should We Go?

By: Paul Kent
Narrated by: Daniel Weyman
Try for $0.00

Faced with the prospect that the UK electorate might be asked whether it wants in or out of the EU in 2017, Paul Kent discovered he didn't have the first clue which side he was on.

There are literally hundreds of books and websites that deal with the history, workings, constitution and finances of the EU. But they all tend to fall into one - or both - of two categories: hopelessly biased or hopelessly boring.

No longer is Euroscepticism the exclusive province of 'swivel-eyed' activists deep in the Tory shires; it has now gone mainstream to the point where even the metropolitan political elite have had to sit up and take notice of what is being portrayed as a grassroots rebellion.

But what is this antipathy based on? Is there a reasoned and reasonable explanation reflecting the prevailing economic, social and political climate in this country? Or is it naked prejudice pure and simple?

One thing’s for sure - the standard of debate on the issue in the UK is for the most part lamentable, embarrassing, and even a little scary, considering the seriousness of the subject.

So instead of relying on journalists, bureaucrats or politicians to feed us their distorted, dull or partisan half-truths, find out for yourself with this short, pithy look into what exactly the EU does for us, puts everything in perspective and doesn't try to tell you which way to vote.

What listeners say about The Lowdown: The EU - Should We Stay or Should We Go?

Not that much of a lowdown.

David Charters book is better at giving an issue by issue comparison. Swears too much.

I intend to vote leave and found this book biased against the EU. I don't feel I got what I paid for, which was balance.

Out of date, lamentable and embarrassing

A proper discussion of the arguments

What could Paul Kent have done to make this a more enjoyable book for you?

Would you be willing to try another one of Daniel Weyman’s performances?

No in/out issues are even mentioned until over half way through the book. And when they are covered there is no proper argument or discussion other than an evident underlying bias, which the author communicates with a coarseness which he seems to think is humour. In the profile for the book, the standard of debate surrounding this subject is described as "lamentable and embarrassing". Unfortunately, this book is very much in the same vein. Buy it if you want a simplification of the mechanisms of the EC but definitely don't buy it if you want a reasoned discussion of the relevant issues and something that might help you make an informed decision in the upcoming EU referendum.