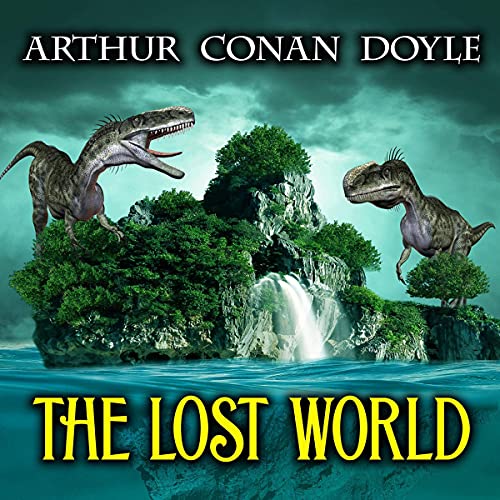 By: Arthur Conan Doyle
Narrated by: Simon Jackson
Try for $0.00

The Lost World is a science fiction novel by British writer Arthur Conan Doyle, published in 1912, concerning an expedition to a plateau in the Amazon basin of South America where prehistoric animals still survive. It was originally published serially in the Strand Magazine and illustrated by New-Zealand-born artist Harry Rountree during the months of April–November 1912. The character of Professor Challenger was introduced in this book. The novel also describes a war between indigenous people and a vicious tribe of ape-like creatures.

Edward Malone, a young reporter for the Daily Gazette, asks his editor for a dangerous assignment to impress the woman he loves, Gladys, who wishes for a great man capable of brave deeds and actions. His task is to approach the notorious Professor Challenger, who dislikes the popular press intensely and physically assaults intrusive journalists. The subject is to be his recent South American expedition which, surrounded by controversy, guarantees a hostile reaction...

PLEASE NOTE: when you purchase this title, the accompanying reference material will be available in your Library section along with the audio.

What listeners say about The Lost World