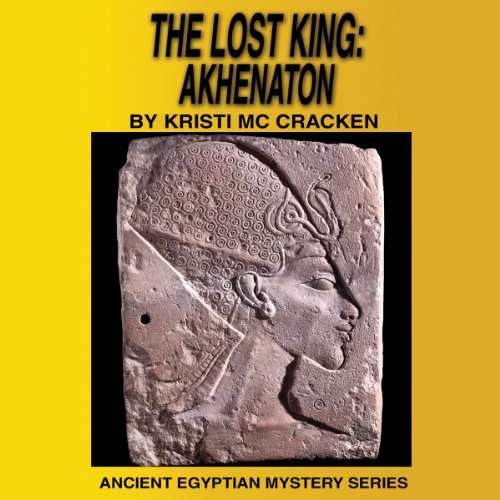 By: Kristi McCraken
Narrated by: The Staff at High Noon Books
Try for $0.00

This mysterious Pharaoh's ideas caused a religious revolution in ancient Egypt, and future kings would try to erase all records of him. Akhenaton's story has only recently been reconstructed. Strange in his art, his beliefs, and even his body, the king who was made to disappear has been found again.

The Lost King: Akhenaton is part of the Quick Read non-fiction series “Ancient Egyptian Mysteries” that engages readers of all ages. Travel to ancient Egypt and explore the facts and mysteries of how the Great Pyramid of Khufu was built, how the pharaohs of Kush took over Egypt, the religious revolution of the pharaoh Akhenaton, the process of preparing mummies, and how the Rosetta Stone unlocked the meaning of hieroglyphics.

Why does it seem as if it is written for children! Very simplistic and boring