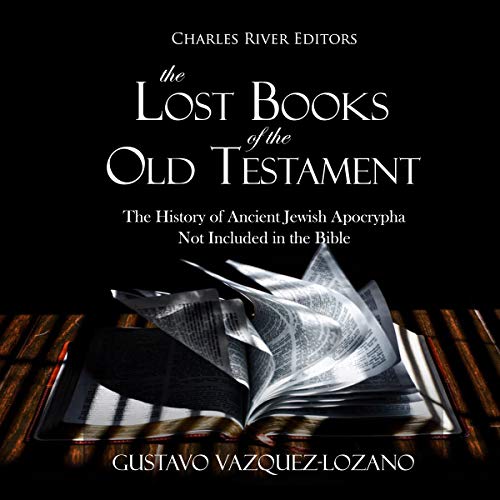 The Lost Books of the Old Testament: The History of Ancient Jewish Apocrypha Not Included in the Bible

The Bible is the most famous book in the world, read by a countless number of Christians and others over the centuries. Even those who aren’t Christian or remotely religious can rattle off Matthew, Mark, Luke, and John as the first four gospels of the New Testament, and books like "Genesis" and "Exodus" include some of the most famous stories in human history.

The study of the apocryphal gospels, documents about the life or sayings of Jesus that did not become part of the New Testament, is a popular discipline among scholars that now fills several shelves of any respectable library. However, few consider the question of whether the Old Testament, also known as the Hebrew Bible, is "complete" and whether in antiquity there were other books besides "Genesis", the "Exodus" or "Judges", with different histories and unknown characters, that were excluded from the canon and got lost in the sands of time. Most assume the great saga of Israel, beginning with the pastoral stories of the patriarchs, the epic of the Exodus, and the conquest of the Promised Land, until the court of King David, is a compact, complete, and unique story. In its current form, it seems to start from the beginning, and as such, it was accepted by all in antiquity, but did someone in ancient Israel write other renditions?

Recent archaeological and textual discoveries have revealed that literary production among the people of Israel before the life of Jesus was much more extensive and varied than previously supposed. The earliest Christian and Jewish exegetes were aware of some texts whose status was imprecise. Did the books of Tobit, Maccabees, and Judith belong to Israel's sacred scriptures or not? What happened to certain books that are mentioned in the Bible but have not been found, such as stories about the court of King David, the Annals of Solomon, a Book of Jasher, and prominently, the Book of Wars of the Lord?

There is another group of books that arouses special interest, including an extensive collection of Jewish and Jewish-Hellenistic writings that are available (some in fragmentary state) but for some reason were excluded from the Old Testament. Some have been recovered or unearthed over the last 2,000 years, while others remained under the custody of secret or heretical libraries. Among them are the Book of Enoch, the Book of Jubilees, the Apocalypse of Moses, and many others. In spite of not having been admitted into the canon, many of their doctrines permeated in the popular culture even in antiquity, including among the first Christians. The rebellion of the evil angels led by Satan, the punishment for sinners in the valley of the dead, the concept of a Messiah who would die for his people, and the belief in the resurrection of the martyrs with the literal restitution of their mutilated bodies are ideas that arose in apocryphal books of the Old Testament. These beliefs are not found in the Hebrew Bible.

What listeners say about The Lost Books of the Old Testament: The History of Ancient Jewish Apocrypha Not Included in the Bible

Overview but no meat.

I enjoyed this book filed with quotes and sources, but Didn't include any reading of actual text.

I learned a lot!

The reader does not need to be a biblical or Hebrew scholar to find this thesis fascinating. The process of determining which written texts are more valid than others, explaining the different aspects of the same information even when written by sources in Ethiopia or by Gilgamesh, as well as the perspective of the Dead Sea Scrolls are examples of the topics included. See publisher's blurb for further clues. I value the information highly, but I'm still glad to have gotten it on a free day!