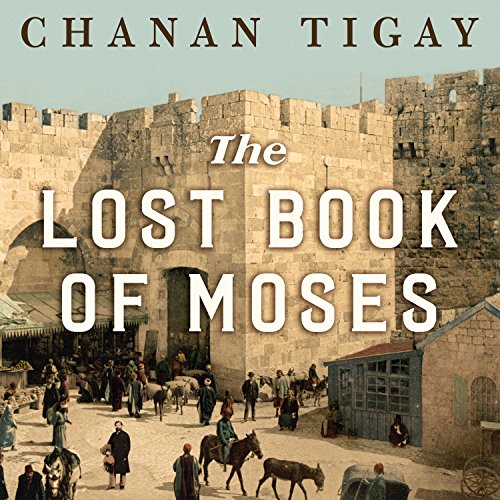 The Lost Book of Moses

In the summer of 1883, Moses Wilhelm Shapira - archaeological treasure hunter and denizen of Jerusalem's bustling marketplace - arrived unannounced in London claiming to have discovered the world's oldest Bible scroll. When news of the discovery leaked to the excited English press, Shapira became a household name. But before the British Museum could acquire them, Shapira's nemesis, French archaeologist Charles Clermont-Ganneau, denounced his find as a fraud. Humiliated, Shapira fled the country. Six months later he was dead.

With the discovery of the eerily similar Dead Sea Scrolls in 1947, investigators reopened the case, wondering whether the ill-fated merchant had in fact discovered the first Dead Sea Scroll decades before the rest. But by then Shapira's scrolls had vanished. Award-winning journalist Chanan Tigay set out to find the scrolls and determine Shapira's guilt or innocence for himself. The globetrotting hunt that followed vibrates with the suspense of a classic detective tale.

Weaving meticulous research into fast-paced storytelling, Tigay spins a remarkable tale of history and theology; intrigue and scandal; greed, ambition, and the struggle for authenticity.

"A work of broad appeal, for the history buff and mystery lover alike." ( Kirkus)

What listeners say about The Lost Book of Moses

It's easy to go on a treasure hunt if you're certain of the outcome. This journey, however, is the exact opposite. The twists & turns, blind alleys, disappointments and surprises make this a true adventure. I won't spoil the ending but I guarantee that it won't be what you are expecting.
If you have any interest at all in ancient manuscripts, you will love this book.

great story and amazing detective work by the author, can't wait til they make a movie about the lost book of Moses!

come along for a fun ride.

this is a fun tale of searching for treasure. the treasure is not gold or wealth though.

Chanan Tigay does a phenomenal job narrating his adventure. The clever and engaging analysis twists and turns through the life of one of histories most interesting shopkeepers. We learn not just the story of his epic quest, we are transported back to a past. The listener sometimes feel Tigay has not only researched the ancient scrolls but he has experienced the subject firsthand. He traces the steps of his subject shopkeeper and impresses the audience with an analysis of these historic events.

The Lost Book of Moses

I love historical mysteries, especially involving ancient texts, and this scratched my itch. Well researched and written, with perhaps a slightly forced ending contrived in lieu of not finding the scrolls, but a book about an as-yet unsolved mystery needs an ending, so fair enough.

I enjoyed reading about the many places in Israel that I've visited.

Tigay did a good job of narrating his own book.

Very worthy of the time it takes to listen

Fascinating story! I was touched to know it was read by the author. Great works

This book was very fascinating!!