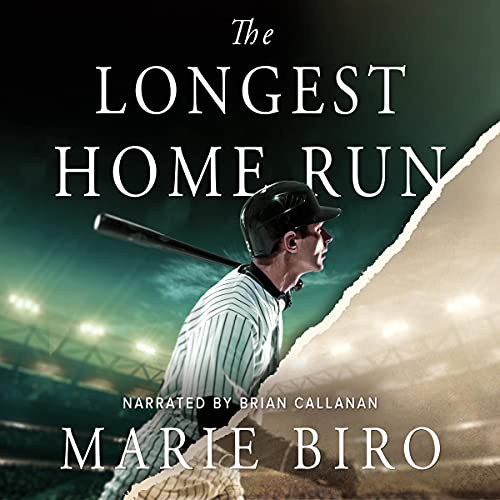 By: Marie Biro
Narrated by: Brian Callanan
Try for $0.00

Jack recalls 1974, when Henry Aaron was only one hit away from tying the great Babe Ruth for most career home runs and only two home runs away from breaking Ruth's record. Aaron's pursuit of the record has such a powerful influence on fans' imaginations that Jack thinks his best friend Joe hit a home run on a freight train. And just like with Aaron's home run (that is earning him death threats and has placed him under FBI protection), Joe's home run reveals deep-seated divisions among everyone in Jack's hometown, even his own family.

Will Hank Aaron survive to break Babe Ruth's record? And will Jack be able to heal the separations in his community through the home run chase? Soon, they all will be asked to write a letter to Hank Aaron. What they choose will change the course of history.

What listeners say about The Longest Home Run