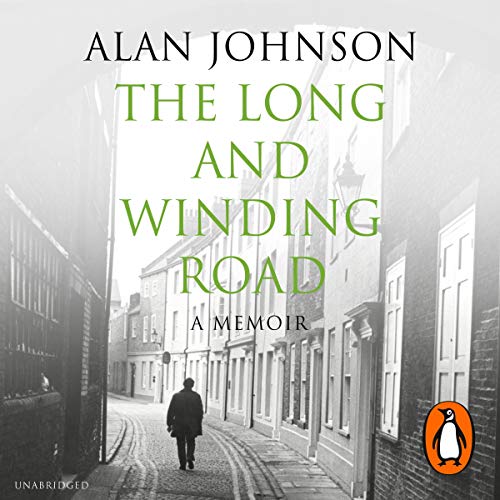 The Long and Winding Road

By: Alan Johnson
Narrated by: Alan Jonson
Try for $0.00

From the condemned slums of Southam Street in West London to the corridors of power in Westminster, Alan Johnson's multiaward-winning autobiography charts an extraordinary journey, almost unimaginable in today's Britain.

This third volume tells of Alan's early political skirmishes as a trades union leader, where his negotiating skills and charismatic style soon came to the notice of Tony Blair and other senior members of the Labour Party.

As a result Alan was chosen to stand in the constituency of Hull West and Hessle and entered Parliament as an MP after the landslide election victory for Labour in May 1997. But this is no self-aggrandizing memoir of Westminster politicking and skullduggery.

Supporting the struggle of his constituents, the Hull trawlermen and their families, for justice comes more naturally to Alan than do the byzantine complexities of Parliamentary procedure. But of course he does succeed there and rises through various ministerial positions to the office of Home Secretary in 2009.

In The Long and Winding Road, Alan's characteristic honesty and authenticity shine through every word. His audiobook takes you into a world which is at once familiar and strange: this is politics as you've never seen it before.

What listeners say about The Long and Winding Road

So much I did not know in recent politics. I am full of admiration of how Alan came out from his disadvantaged childhood to become a true statesman (with a lot of humour) by being selfless and helping others.

Interesting and honest journey and a good glimpse into how governments and ministers work. Where have all the good guys gone!

fascinating and enjoyable look at the life of a politician as he moves through government over the years, what happens to cause the headlines, and what is the motivation behind acts of government. But, even more than this, it's the story of a man who cares.

Well written and read by Alan Johnson. A great insight to life, union and the political times of my lifetime and a worthy read for anybody interested in the social history of the post WW2 UK.

Loved it, back to the standard of the first volume - the second was a bit tedious. A great success story from the abject poverty of his childhood to becoming Home Secretary - an inspirational memoir from a very modest man. Thanks Alan.

Disappointing compared to his previous memoirs

Bit dull lacked I was quite disappointed having loved his previous memoirs. Still worth listening to

I love Alan Johnson's autobiographies. This is the 3rd I've listened to and much enjoyed. Interestingly written and very well read out it gives great insight into the Blair years and Alan's role in them. Fascinating on the Iraq war debate. Can't wait for his next volume. I suspect it will be very depressing.