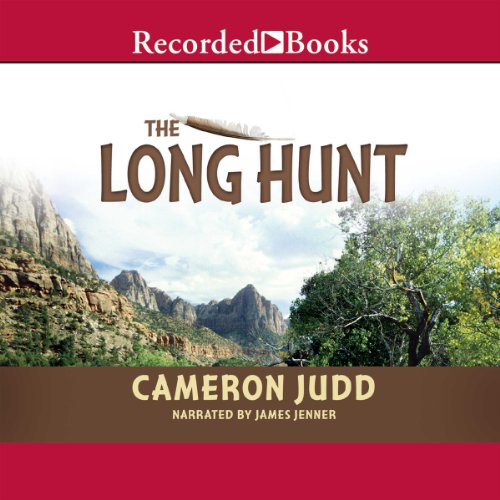 By: Cameron Judd
Narrated by: James Jenner
Try for $0.00

Spur Award finalist Cameron Judd has won wide acclaim for bringing both action and authenticity to his novels set in the American frontier. In The Long Hunt, Crawford Fain is hired to find Deborah Bledsoe, who's rumored to still be alive years after being abducted by Cherokee raiders. Trouble is, Crawford is getting up in years, and his tracking ain't what it used to be. But with the help of his son Titus, Crawford just might have a fighting chance of making it across the vast, untamed wilderness and bringing Deborah home safely.

What listeners say about The Long Hunt

A Great 'Western' That Acutally Isn't

It would be fair to say that "The Long Hunt" is written in something along the lines of the Western genre. However, there are no tumbleweeds or longhorns, as it takes actually place in frontier East Tennessee, which was referred to as a 'western' state in it's earlier years.

There has been a ton of fiction written about 'the old west' of Texas, Arizona and the Dakotas, but there has not been much fiction written about the early expansion east of the Mississippi. Cameron Judd has done a fine job of capturing the flavor of the aspirations, morality and dangerousness of those Americans trying to scratch out a living in those primitive conditions.

"The Long Hunt" has a myriad of interesting characters that run the gambit from afflicted to desperate; from innocent to sometimes even noble. The primary plot of the story is the hunt for the daughter of an aged father, but it is set against the backdrop of the failing state of Franklin, which will eventually evolve into the eastern part of Tennessee.

There's some very good historical notations, with every effort being made for dialogue, locations and technology (or lack thereof) to be in keeping with the time and place where the story is set. That, in of itself, makes the book worth a listen, but there is also skillful writing here, and the characters in the story are simply superb. In addition, the variety of subplots always seems to keep the reader guessing.

The narrator is perfect for this book. He is not overly dramatic in the reading, and it is more or less like you are being told a story by a master storyteller.

Cameron Judd knows his environment and tells a compelling tale weaved in the East TN lands. He introduced several historical characters he develops in future books.

I recommend this book to anyone wanting a picture of early East TN settlement.