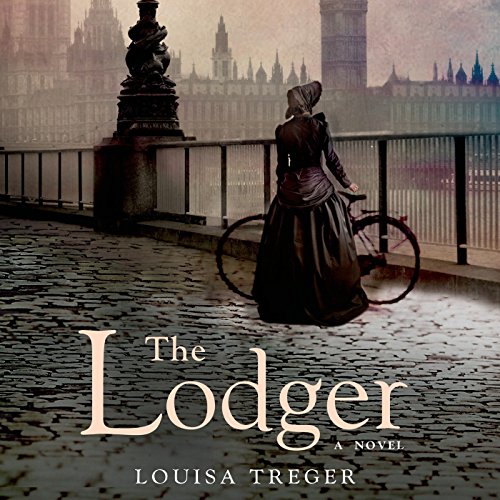 The Lodger: A Novel

The Lodger: A Novel

By: Louisa Treger
Narrated by: Helen Lloyd
Free with a 30-day trial

Dorothy Richardson is existing just above the poverty line, doing secretarial work at a dentist's office and living in a seedy boarding house in Bloomsbury, when she is invited to spend the weekend with a childhood friend. Jane has recently married a writer who is hovering on the brink of fame. His name is H.G. Wells, or Bertie, as they call him.Bertie appears unremarkable at first. But then Dorothy notices his grey-blue eyes taking her in, openly signaling approval. He tells herhe and Jane have an agreement which allows them the freedom to take lovers, although Dorothy can tell her friend would not be happy with that arrangement.Not wanting tobetray Jane, yet unable to draw back, Dorothy free-falls into an affair with Bertie.Then a new boarder arrives at the house - beautiful Veronica Leslie-Jones - and Dorothy finds herself caught between Veronica and Bertie.Amidst the personal dramasand wreckage of a militant suffragette march,Dorothy finds her voice as a writer.Louisa Treger's The Lodger is a beautifully intimate novel that is at once an introductionto one of the most important writers of the 20th century and a compelling story ofonewoman tormented by unconventional desires.

What listeners say about The Lodger: A Novel