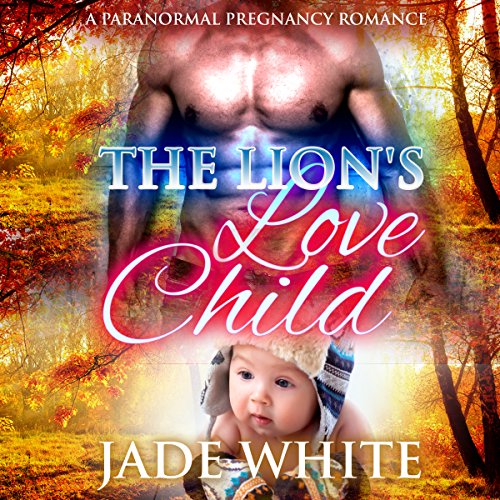 When Grace went to Africa to research the indigenous lion population, she had no idea just how close she was going to get to them.

A hot one-night stand with a handsome man named Dylan got extremely complicated when Grace discovered she was somehow pregnant. Little did she know, Dylan was actually a werelion, and she was now carrying the lion's love child.

With no way to contact him, Grace was resigned to raising the baby by herself; however, it soon became very apparent that this was no ordinary pregnancy, and this would be no ordinary baby....

If you love a thrilling paranormal romance featuring action and adventure alongside scenes of hot romantic mating, start enjoying this now!

What listeners say about The Lion's Love Child

What a train wreck..

I usually don't trash a book but I can't let this go by without comment. I also don't have a problem reading part of a book and turning it off in disgust if I truly don't care for it.
This book/narrator were so bad and the book so short it was like a train wreck, I couldn't turn it off in shear bewilderment at just how awful it was.

I always listen to the sample because the narrator is as important if not more so than the books content, a great narrator can sell a mediocre book usually.
I listened to this sample and it sounded tolerable, but they must have searched the entire book to obtain a short tolerable clip because the utter lack of tone, and emotion involved here are astounding. It was read with such haste and in such a monotone I'm not at all sure how this ended up published and a price tag put on it.

All anglo characters in AFRICA with lion shifters

Cute lion shifter story.. Period.. BUT.. Two anglo female researcher studying strange behaviors of a group of "lions" that are slightly bigger & act different than other lion groups. Turns out that the special group of lions are lion shifter.... WHITE lion shifters.... IN AFRICA...... Really.. No their are NOT afrikaana anglo dutch descendants.. They are descendants from a ship of sailors that took from the land and married a tribal chiefs daughter. The chief cursed them to live half lives.. Half human & half lions.. The leader of the (kiing) falls for one of the researchers.. I guess he felt she (anglo human) was his true mate.. He has sex with her within 4 hours of meeting with her and knocked her up. His pride is upset that their leader "mated" a human.. The female lion shifters want the baby (infant male) and want to kill the mother.. Then the whole pride want to get rid of the king and just raise the baby as a shifter. The kings cousin also falls for the other human anglo female.. NOT one mention of a black person in this story set on the plains of Africa.. I laughed hard while listening to this story.. Guess black females in Africa were not worth mating with.. Unless you are a chief's daughter.. But, it is a O.K. shifter story.. Is it worth a credit??? Flip a coin.. Intimante scenes are light R rated.

This is a great story line but the narrator is rushing the story. Someone should tell her that there are such things as full stops and commas!