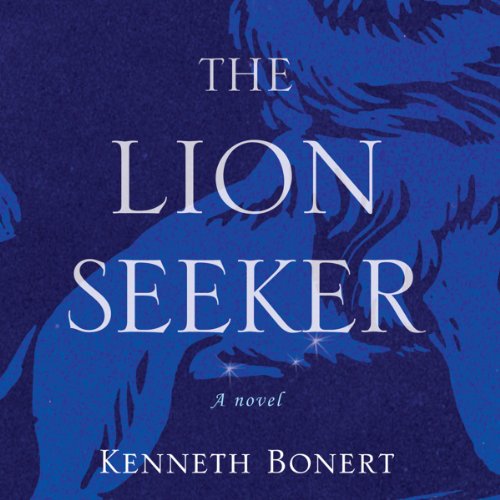 By: Kenneth Bonert
Narrated by: Dennis Kleinman
Try for $0.00

In the tradition of the great immigrant sagas, The Lion Seeker brings us Isaac Helger, son of Lithuanian Jewish immigrants, surviving the streets of Johannesburg in the shadow of World War II. Are you a stupid or a clever? Such is the refrain in Isaac Helger’s mind as he makes his way from redheaded hooligan to searching adolescent to striving young man on the make. His mother’s question haunts every choice. Are you a stupid or a clever? Will you find a way to lift your family out of Johannesburg’s poor inner city, to buy a house in the suburbs, to bring your aunts and cousins from Lithuania? Isaac’s mother is a strong woman and a scarred woman; her maimed face taunts him with a past no one will discuss. As World War II approaches, then falls upon them, they hurtle toward a catastrophic reckoning. Isaac must make decisions that, at first, only seem to be life-or-death, then actually are. Meanwhile, South Africa’s history, bound up with Europe’s but inflected with its own accents - Afrikaans, Zulu, Yiddish, English - begins to unravel. Isaac’s vibrant, working-class, Jewish neighborhood lies near the African slums; under cover of night, the slums are razed, the residents forced off to townships. Isaac’s fortune-seeking takes him to the privileged seclusion of the Johannesburg suburbs, where he will court forbidden love. It partners him with the unlucky, unsinkable Hugo Bleznick, selling miracle products to suspicious farmers. And it leads him into a feud with a grayshirt Afrikaaner who insidiously undermines him in the auto shop, where Isaac has found the only work that ever felt true. And then his mother’s secret, long carefully guarded, takes them to the diamond mines, where everything is covered in a thin, metallic dust, where lions wait among desert rocks, and where Isaac will begin to learn the bittersweet reality of success bought at truly any cost.

"Narrator Dennis Kleinman commands a great range of South African accents in this reading, showing differences in class, ethnicity, even gender, through speech patterns more than vocal impersonations. He handles the fragments of Yiddish, Afrikaans, and Zulu with no difficulty." (AudioFile)

What listeners say about The Lion Seeker

Really enjoyed this book. None of the characters were particularly loveable but characters all the same. Narration was good except for the South African accents & way of speaking. I'm a South African & never heard anyone speak like that. But it got better as the story progessed.

The author does a great job of making the various worlds in and around the Jewish area of Johannesburg (Doornfontein) collide. His dialogue captures the language of the different groups really well and, what is more, the narrator does a great job capturing the accents, too.

Still, despite the great description, the pace of the novel and the importance of the subject matter (life in Jewish ghettos and the oncoming Shoah), the climax of the book seemed completely unbelievable to me.

Nevertheless, the audiobook is worth a listen and a high grade for the description and language.