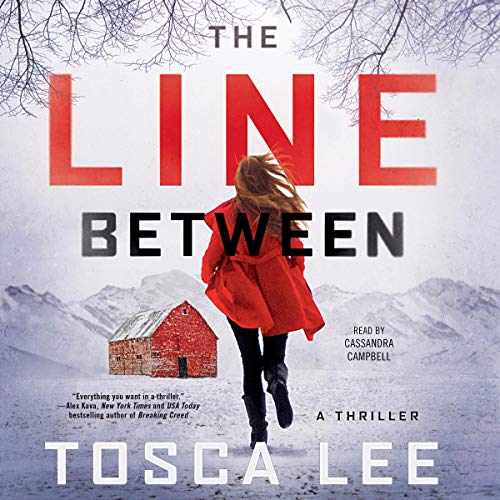 By: Tosca Lee
Narrated by: Cassandra Campbell
Try for $0.00

In this frighteningly believable thriller from New York Times best-selling author Tosca Lee, an extinct disease re-emerges from the melting Alaskan permafrost to cause madness in its victims. For recent apocalyptic cult escapee Wynter Roth, it’s the end she’d always been told was coming.

When Wynter Roth is turned out of New Earth, a self-contained doomsday cult on the American prairie, she emerges into a world poised on the brink of madness as a mysterious outbreak of rapid early onset dementia spreads across the nation.

As Wynter struggles to start over in a world she’s been taught to regard as evil, she finds herself face-to-face with the apocalypse she’s feared all her life - until the night her sister shows up at her doorstep with a set of medical samples. That night, Wynter learns there’s something far more sinister at play and that these samples are key to understanding the disease.

Now, as the power grid fails and the nation descends into chaos, Wynter must find a way to get the samples to a lab in Colorado. Uncertain who to trust, she takes up with former military man Chase Miller, who has his own reasons for wanting to get close to the samples in her possession, and to Wynter herself.

Filled with action, conspiracy, romance, and questions of whom - and what - to believe, The Line Between is a high-octane story of survival and love in a world on the brink of madness.

What listeners say about The Line Between

I am not lying when I say - I dread checking how much of the book I've listened to because I do NOT want it to be over. Excellent writing, excellent narration! I drove a 4.5 hour drive home in the middle of the night to this and it felt like an hour. Don't hesitate to purchase - it will not disappoint.

Unique story. Believable. Kept my interest. I enjoyed it so much. Not the typical apocalypse story.

Tosca Lee’s ability to tell a story never ceases to pull me in! The beginning of this story starts on what I can only describe as a slow burn, but gosh once things start moving, I couldn’t put it down! Keep writing Tosca!! I absolutely LOVE your work!

This book reveals the inner strength found within most of us, when one of our loved ones is in danger.

I want to start off with, I liked this story but, I was expecting more. Great plot, the characters are like able, you get drawn in and all of that but it’s just missing... something. A thriller (which this is labeled) has more ups and downs and surprises around every corner. It makes you think more.

The Line Between, just started and went. You knew what was coming, even bough there were small moments of “oh no!” It wasn’t as ‘thrilling’ as I’d been expecting.

As I said, it’s a great story line, it was just lacking the extra “aha!” moments for me. Some of that could have been the audio narrator. Lord help me, I can’t take the ones that sound like they’re just dragging along cause they have to. She did nothing to make this story better. She was drawn out and simply put, boring as all get out.


Now, on to the good stuff.

Winter Roth, is a cool character. Her story is unique and her life is literally turned upside down when she tries to do the right thing and help her sister and niece leave he “cult” their in.

On the outside she’s torn in two. She wants to be with her family but she’s glad to be free of that place. It’s a battle between what’s right and what she wants. When things on the outside world go wrong and a deadly, extinct disease re-emerges her new life is put in danger. With the help of an unexpected allie, Winter has the answers many will want and need. Thing is, she has to get the delicate package she has to he only person she can trust at this point in time. A complete stranger.

It’s a race against time and Winter gains another Allie on the way to what hopefully will be the salvation the nation needs. But nothing is ever as simple as it seems. She’s literally racing a ticking time bomb.... and she may be too late in the end.

Such a fantastic story that grips you and draws you in. The writing is excellent and the reading is easy to listen to. I can’t wait to listen to the sequel!

This book checked all the boxes for me. I loved the characters, loved the reader, and am really into end of world scenerios. Some books in this genre have a lot of terrible greedy violent people roaming around causing hurt and destruction - this one hit on that hit got passed it quickly each time, I.e. not too much death and destruction. I also appreciated the avoidance of ‘romance’ between the two main characters - it was there but again, it passed quickly. I was Up all night reading this - loved every bit of it.

LOVE THE STORY! LOVE THE NARRATOR

This is the perfect pandemic listen - great plot and characters, amazing pacing - my favorite Tosca Lee story so far !

I liked this book. Two different stories going on, but they tie in well with each other.