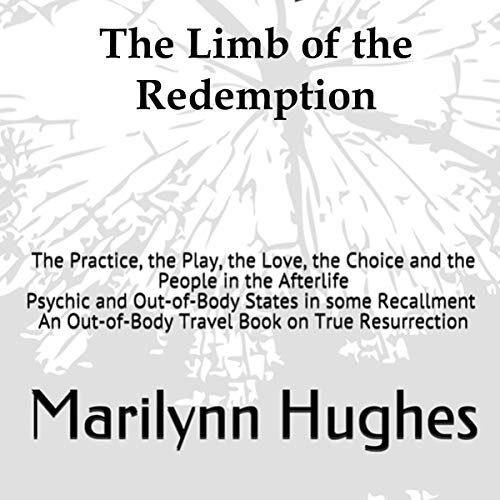 The Limb of the Redemption

By: Marilynn Hughes
Narrated by: Rebecca L Bedford
Try for $0.00

The Limb of the Redemption: The Practice, the Play, the Love, the Choice and the People in the Afterlife, Psychic and Out-of-Body States in Some Recallment - An Out-of-Body Travel Book on True Resurrection contains the journeys of the mystical and out-of-body traveler as she confronts the various states of the dead in the afterlife and then presents the manner of assisting them in both the mystical and the physical realms.

As we know, many people do not complete their required spiritual work while alive, and those who do may still have purification to undergo in the purgatorial realms. Thus, the limb, the branch of prayer that is held out to those souls who have neglected this duty or have fulfilled it imperfectly and have passed from this world to the next and need assistance.

Containing The Western Book of the Dead - Or the Record of the Books of God. Contains chapters in English from the 1908 Roman breviary: "Rite for Emergencies", "Visits to the Sick", "Anointing of the Sick Outside of Mass", "Communion of the Sick in Ordinary Circumstances", "Commendation of the Dying", "Prayers After Death", "Prayers for the Dead", "Gathering in the Presence of the Body", "Vigil for the Deceased", "Readings for the Order of Christian Funerals", "Rite of Committal with Final Commendation", and "The Office of the Dead".

What listeners say about The Limb of the Redemption