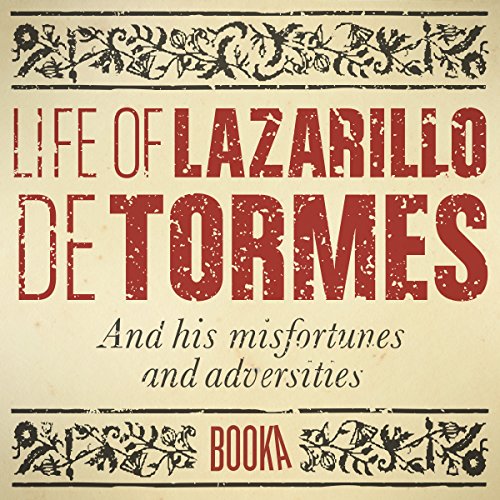 The Life of Lazarillo de Tormes

Booka Audiobooks brings you, for the first time in English and accompanied by an original music score, The Life of Lazarillo of Tormes. This is the book that founded a literary genre during the Spanish Golden Age: the picaresque novel. Lazarillo is a boy of humble origins. After his stepfather is accused of thievery, his mother asks a wily blind beggar to take Lazarillo on as his apprentice. Little Lazaro develops his cunning while serving the blind beggar and several other masters.

What listeners say about The Life of Lazarillo de Tormes

I enjoyed listening to this piece of Spanish literature. Being a picaresque novella, Its pretty light. Plus, the narrator is of excellence.

One of literature's gems. Definitely a classic.

If you like Voltare and Swift you'll love this. The writing style is very similar to Candide.