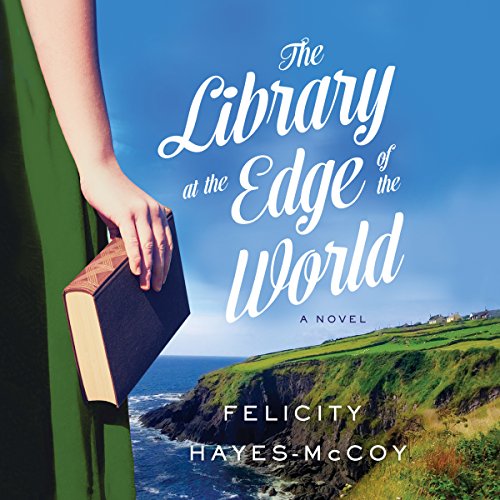 The Library at the Edge of the World

As she drives her mobile-library van between the villages of Ireland's West Coast, Hanna Casey tries not to think about a lot of things. Like the sophisticated lifestyle she abandoned after finding her English barrister husband in bed with another woman. Or that she's back in the rural Irish town she walked away from in her teens, living in the back bedroom of her overbearing mother's retirement bungalow. Or, worse yet, her nagging fear that, as the local librarian and a prominent figure in the community, her failed marriage and ignominious return have made her the focus of gossip.

But now that her teenage daughter is off traveling the world and her relationship with her own mother is growing increasingly tense, Hanna is determined to reclaim her independence by restoring a derelict cottage left to her by her great-aunt. But then the threatened closure of the Lissbeg Library puts her personal plans in jeopardy, and Hanna finds herself leading a battle to restore the heart and soul of her fragmented community. And she's about to discover that the neighbors she'd always kept at a distance have come to mean more to her than she ever could have imagined.

Steady and slow wins the race?

This story is very slow to develop. At one point, I double checked the title to be sure I had downloaded the right one. The book seemed to have very little to do with a library and more to do with a bitter woman who disliked being the caretaker of the books and their patrons. But the woman eventually softens somewhat. The library finds a place in her story. And then - quite suddenly - the meandering story is over. I wish we could have seen more of what happens to these characters and community, but perhaps that’s what sequels are for!

But very far from a page turner....

I feel bad writing this, but reviews are helpful...

This was a great story about finding oneself amidst he turmoils of life, love, and family. Very authentic to human nature - not too dreamy eyed but hope enough sprinkled throughout twists and turns to want to know more. I hope this is the beginning of a series!

More than a Library Story

I was sure I wanted to read this book as soon as I read the title. Libraries and independent book stores imply good stories to me. This book is more than I anticipated and I loved reading and listening to it. Get ready for a very good read!

Relatable to women of a certain age

Lovely story in a certain Irish tradition. I would recommend it. Enjoyable and a good listen.

Absolutely perfect characters, setting, and story. It is one of those books that makes you want to climb in the pages and live.

This is definitely one with a feel good ending. Also loved listening to the accent. A middle-aged woman, recently divorced, finds herself living with her mother. Her job as a mobile librarian in a remote town keeps her head above water as does her relationship with her grown daughter and her discovery that her aunt left her a house.
When developments occur that could jeopardize the library and the town, Hañnah finds her voice and a new life.