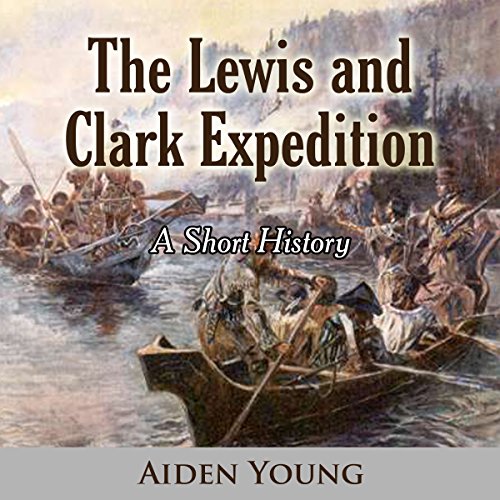 The Lewis and Clark Expedition

The Lewis and Clark Expedition

By: Aiden Young
Narrated by: Gregory Diehl
Free with a 30-day trial

The new nation, the United States of America, doubled overnight in size with the purchase of a vast tract of land west of the Mississippi River. The sitting president, Thomas Jefferson, negotiated a deal for the land with French ruler Napoleon. Now that America had all this new unexplored territory, Jefferson knew it was time to explore this new land and firmly place America's claim on this expansive wilderness. In 1803, Jefferson commissioned the Corps of Discovery and named US Army Captain Meriwether Lewis as the leader. Lewis enlisted the help of his old friend and comrade William Clark to help lead the group.

After much preparation, the small group of men, led by Lewis and Clark, left St. Louis and traveled up the Missouri River into lands that had been virtually unexplored by Europeans. Along the way, the expedition encountered many hardships. Key to their survival was the guidance and aid given to the group by the native Indians along the way. The best known native American was a young Shoshone woman named Sacagawea, who proved to be key as a guide and interpreter along the long journey to the Pacific coast. Over a year into this long journey, the Corps of Discovery arrived at the Pacific Ocean in present-day Oregon.

The group of explorers spent a long, cold winter on the Oregon coast and in the spring started the arduous trek back to civilization. It would be September of 1806 before they arrived in St. Louis where they were treated as returning heroes. The geographic and scientific information brought back by the Lewis and Clark expedition was invaluable in helping the new nation expand westward.

Join this journey of discovery and adventure!

What listeners say about The Lewis and Clark Expedition