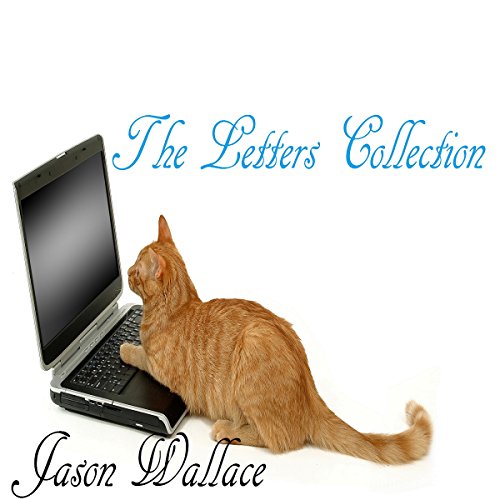 By: Jason Wallace
Narrated by: Sharon Lacey,Kevin Hines
Try for $0.00

Hear two hilarious but improbable letters, one from a very fed-up cat writing to her owner; the second, from a very worn-out husband who's tired of his wife and looking for some semblance of peace.

"To My Human: A Letter from Your Queen"

What if your cat could really tell you what he or she thinks of you? What if you could actually begin to understand how and what a cat thinks? A cat finally makes an attempt to bridge the communication gap with her owner, really, her pet, as she sees the human.

"A Letter from a Worn-out Husband"

Sherman can't understand why his wife is so mad, but he doesn't really care. All he needs is some food. If any men out there can sympathize with his plight and drop something off for him, he'll be a happy man. If you want to know what happened and why Sherman isn't only on the run from his wife but being carefully watched by the police, listen to his letter.

What listeners say about The Letters Collection

Where does The Letters Collection rank among all the audiobooks you’ve listened to so far?

As an audiobook it was a nice little romp through the words of an author i'd not yet heard of and the price (which i believe was little to nothing) matched the 20 minute length.

What was one of the most memorable moments of The Letters Collection?

Most likely the second story which was by far the more bizarre and hilarious of the two, if shorter.

While i enjoyed the narration and pacing of the first story, the second narrator felt more like he was reading it allowed in class rather than a performance and honestly almost killed the better of the two stories in my opinion.

not particularly though i audibly laughed quite a lot at the end of the second story.

Great stories and a worthwhile twenty minutes my only real complaint was from the second narrator.