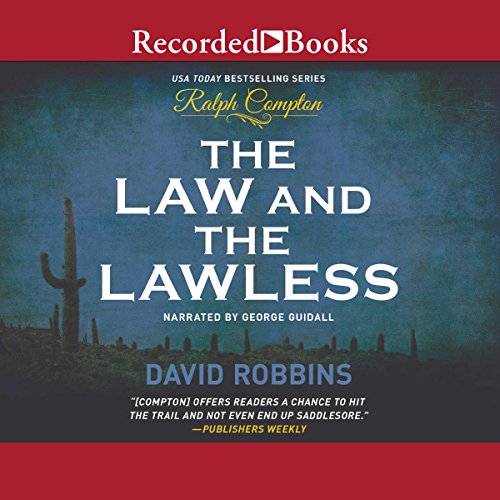 The Law and the Lawless

By: Ralph Compton,David Robbins
Narrated by: George Guidall
Try for $0.00

When a bunch of ruffians rob a bank in the sleepy town of Alpine, it's only natural for the locals to be alarmed. But this gang and its leader, Cestus Calloway, are not common criminals. In fact, Cestus is known as the Robin Hood of the Rockies, distributing his loot to those less fortunate, raining stolen money down on the townsfolk. As if that weren't too good to be true, this gang holds to one important rule: steal, but don't kill.

All Alpine's marshal, Boyd Cooper, wants is a nice retirement, not to get a posse together to track outlaws. However, when an altercation leads to the exchange of gunfire and the spilling of outlaw blood, he doesn't have much of a choice.

The outlaws fear their reputation might be at stake, so they declare revenge on the tin stars of Alpine. They're mad enough to break their own no-kill rule, and Boyd Cooper knows things could end as bloody as they started.

What listeners say about The Law and the Lawless