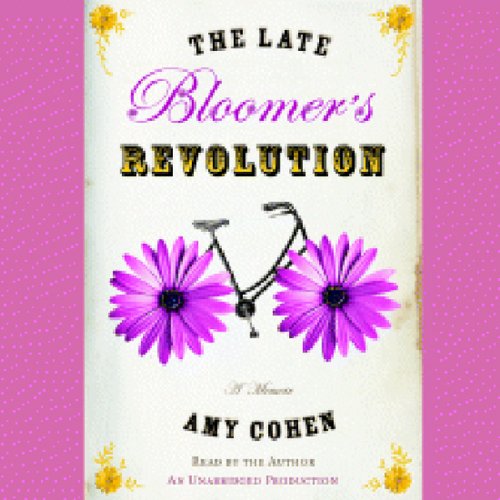 Amy Cohen always imagined that by age 30 she would be juggling a thriving career, a devoted English husband, and two adorable children who had shag haircuts and a room in their loft, where they could play the drums. But at 35, as she struggled to come to terms with the loss of her adored mother, she found herself "between jobs" (she'd been fired), "between boyfriends" (she'd been dumped), and "between apartments".

Amy felt as if her life was behind schedule...way behind. The more time passed, the more difficult it became for her to believe that she would ever come into her own. The only thing that made her feel hopeful and even determined was the idea that she might be a late bloomer. She kept telling herself that things would change, that everything would happen for her, just not in the time she expected.

As it turned out, she was right. Fresh, funny, and above all, real, The Late Bloomer's Revolution is an irresistible memoir, and the perfect audiobook for anyone who hopes, as George Eliot so perfectly put it, that "it's never too late to be what you might have been".

What listeners say about The Late Bloomer's Revolution

I could so relate to the author...I'm curious how her life turned out...It's a great, easy listening adventure.

I'll never know whether I would have found this book amusing if I'd read it instead of hearing it performed, apparently, by someone huffing helium every other sentence. It seemed as if the producers decided to up the funny factor by coaching the reader to be as shrill and nasal as possible (and to experiment freely with bad fake accents).

I also wish I'd been warned that the book's "humor" would consist of an endless, predictable string of Jewish-mother tropes and cutesy women's-magazine one-liners about catching/keeping/losing men. Ugh.

I usually don't mind a dose of chick-lit, but this was truly so cloying and pointless that I'm actually sitting here venting in a nasty review. Double ugh.

I looked forward to listening to this audiobook. At times, Cohen's writing would make me gasp or laugh out loud. Other times I was moved to tears. My only criticism is that the reader/author frequently used "upspeak" as part of her presentation; sentences that were written as statements were often phrased as a question: "There was a guy in the restaurant? He looked like my ex-boyfriend from the back?"

Unlike a previous reviewer, I did not find Cohen's voice screechy or shrill. In fact, it was like listening to a phone message from a long lost friend.

I hope that she will consider writing another book-