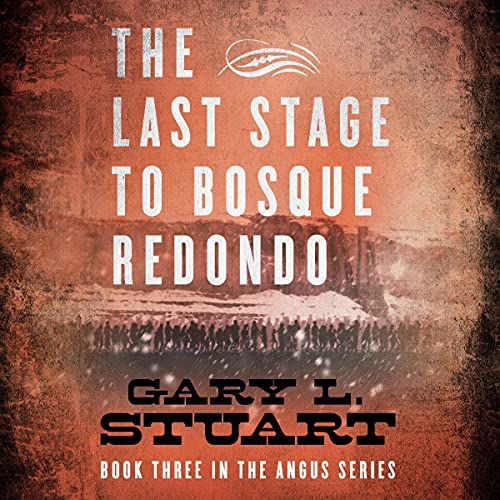 The Last Stage to Bosque Redondo

In Book One of this series, Angus is a New Mexico cowboy riding alone and hiding out on a mountain called Ten Shoes Up. He’s known by his few friends as a loner who rides straight-legged, on a tall horse. He’s always on the lookout and doesn’t talk all that much. Men admire the way he sits a saddle, and women wonder if he might dismount.

In Book Two, Angus is a Deputy US Marshal. He forms a posse to track down a bandito named Mendoza-Mendoza at the top of The Valles Caldera. He and the posse get ambushed and an epic gun battle ensues.

Book Three is another Angus adventure, but this historical novel also tells the true story of America’s first all-Indian concentration camp. For centuries, the Navajo people had peacefully occupied ancestral, aboriginal lands in northwestern New Mexico and Arizona. In 1861, while the eastern half of the country was engulfed in the Civil War, the Navajos were decimated by the US Army. Brigadier General James Carlton ordered Col. Kit Carson and his troopers to “cut the Gordian knot with one terrible blow and wipe the whole Navajo nation from the face of the earth.” After executing a scorched earth campaign, 9,000 survivors were captured and forcibly marched 350 miles from Fort Defiance in Arizona to Fort Sumner in New Mexico. Today, it’s known as the “Navajo Long Walk.” Fort Sumner was built specifically at the Bosque Redondo to house the Navajo people and make them farmers, not warriors. Marshal Angus leads a stage coach, commissioned by the Smithsonian Institute, along the same route known as the Navajo Long Walk. The passengers on The Last Stage to Bosque Redondo have a story to tell. This is it.

What listeners say about The Last Stage to Bosque Redondo