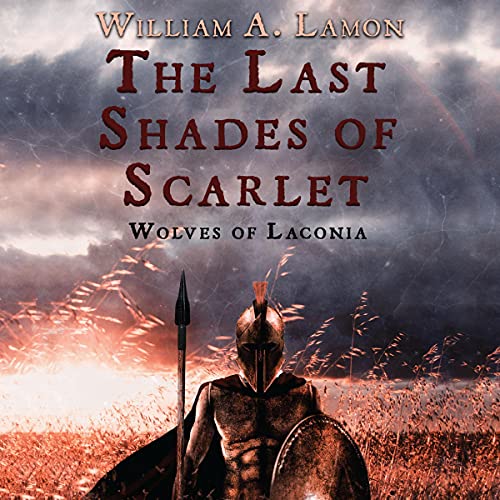 The Last Shades of Scarlet

Under the united leadership of Athens and Sparta, Greece is able to repel the Persian invaders on land and at sea. Athens and Sparta remain the dominant powers in Greece, but their different political and military philosophies have led to an intense political and military rivalry that threatens stability. With Athenian power and wealth growing, many Greek city-states turn to Sparta for assistance. Greece is now choosing sides, causing an ideological rift that festers within each city-state. The division is manifesting itself in the form of violent political polarization. Revolts are becoming common and vicious, resulting in frequent shifts in allegiance. All feel insecure and suspicious. One's friend today could be your enemy tomorrow.The year is 422 BC, and for a group of Spartan youths, the morning was supposed to be a day of celebration. A ceremony that would see them graduate from an education system that took them as seven-year-old boys and trained them to be the world's most feared warriors. Instead, they find themselves on a secret mission at the request of a disgraced king. While Sparta feasts, Greece takes one last breath. The peace with Athens is failing. War is inevitable. Honor compels Athens and Sparta to uphold their treaty, but the wolves of war are already on the move, and neither city can afford to lose their advantage.

The Last Shades of Scarlet: Wolves of Laconia is the tale of a young Spartan, Adronikos, and his mentor, Gylippus, during the Peloponnesian War. In youth, Adronikos is formally educated in the arts of hoplite warfare, survival, and assassination. Informally, he learns love from a childhood companion. Yet she is not Spartan, and his feelings for her are becoming dangerous. While he navigates this forbidden affair, Greece begins its steady descent back into chaos.

What listeners say about The Last Shades of Scarlet