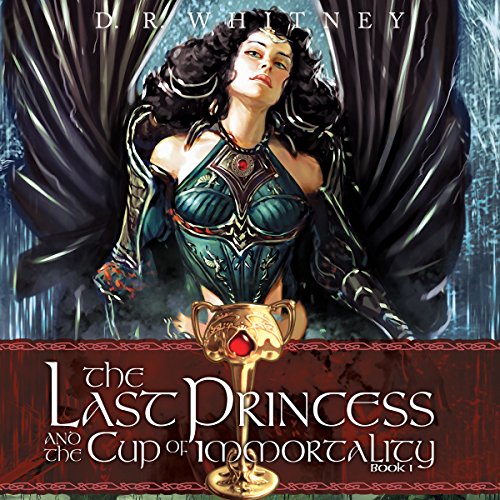 The Last Princess & the Cup of Immortality

When sixteen-year-old Vivienne Le Faye, a girl with profound intuitive powers, inherits a priceless family amulet, her life takes a thrilling and terrifying turn. Unaware of her hidden heritage, an ancient family curse suddenly haunts her and in her dreams, a mysterious young man with blazing golden eyes and supernatural gifts appears to protect her. Convinced he's real and positive she has fallen in love with him, Vivienne begins a dangerous inter-dimensional journey to a destiny in a mystical world of wizardry and magic. Led to a portal that transports her back in time to the beginning of days, Vivienne must learn the truth about her ancestry, master her own staggering powers, trust her heart to her mysterious warrior and win an epic battle in the past before she can be proclaimed the last descendent and true leader of the Isle of Magic.

What listeners say about The Last Princess & the Cup of Immortality