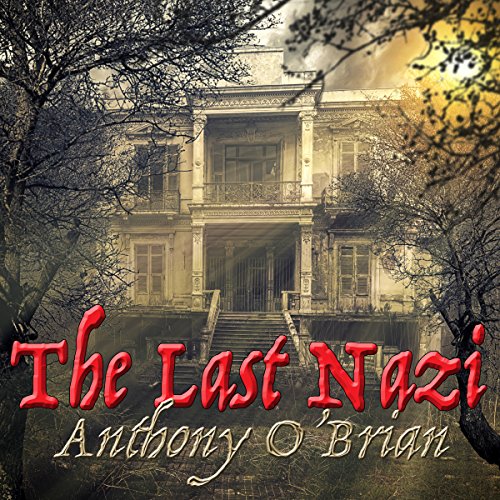 By: Anthony O'Brian
Narrated by: Christian Chapman
Try for $0.00

The last Nazi is found in the American Midwest, where he has been hiding for 50 years! Born of German immigrants, he takes on the bitterness of his family from the defeat in World War I; sympathizing with Hitler, he wields vengeance on an unsuspecting Jewish merchant of a local farming community. Yet the ghosts of the past haunt him on his last night on earth in an eerie surrealism. As the old man sleeps in the dilapidated farmhouse, his greatest fear of being found becomes a reality and his only salvation in the end, but it is too late.

What listeners say about The Last Nazi

This story was very eerie, I am glad I was not home alone when I was listening to it!! It's a great short story, I highly recommend it

I liked the storyline. I'm one to enjoy that era of history. Not a long book but definitely worth listening to. Ending was really exciting. Good job author! Keep the books rolling

Suspense filled from beginning to end!

Yes, it captivates your attention from the first chapter and keeps it till the last! It's a story line that's easy to follow packed with action!