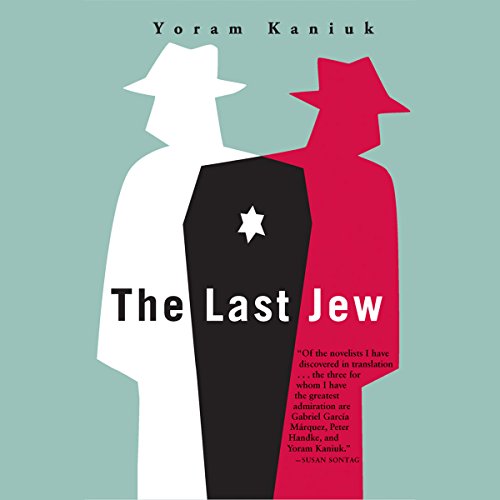 Innovative novelist Yoram Kaniuk takes us from the scorched earth of midcentury Europe to the arid plains of the Holy Land to the urban bustle of the American Diaspora, compressing the rise and fall of the Jews into the enigmatic character of one Ebenezer Schneerson.

Following the ravages of World War II, Ebenezer finds that although he has no recollection of his family or childhood, he can, at will, recite Einstein's theory of relativity, the entire canon of Yiddish poetry, and the genealogical histories of any number of extinguished shtetls; he has somehow become the final repository for all of Jewish culture. Samuel Lipker, a fellow survivor and crass opportunist, makes money off of Ebenezer's macabre talents, trotting him around Europe to regale spooked cabaret audiences with his uncanny memory.

Appearing in English for the first time, The Last Jew is an ingenious tapestry alive with narrative acrobatics and stylistic audacity. Alternately tragic, absurd, heartbreaking, and bitter - not unlike the Bible itself - it is a profound exploration of Jewish identity and the multitude of disparate, often contradictory shapes it has taken in the last century.