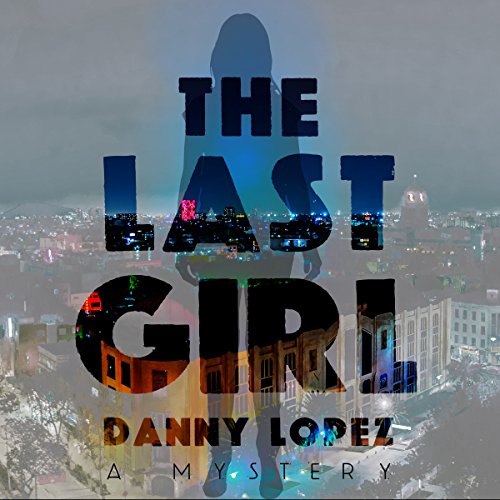 When it comes to murder, nothing is as it seems.

After being laid off from his job as a newspaper reporter in a coastal Florida town, Dexter Vega meets a wealthy retiree who hires him to find his daughter who is supposed to be attending the local college. When Vega visits his client to inform him that his daughter is in Mexico, he discovers the man has been murdered. And Vega's prints are all over the murder weapon.

As the police build a case against him, Vega flies to Mexico City to locate his client's daughter, hoping she will help him find the murderer and thus clear his name. But when he finds the woman, she tells him a very different story - nothing is as it seems.

Beaten by thugs and ordered to leave Mexico, Vega returns home to find himself immersed in a web of blackmail, greed, and revenge. Still pursued by the cops - and now a target of evil predators.

What listeners say about The Last Girl

Could use another round of writer workshop

I was excited to listen to this book because the description sounded like an interesting international thriller. Instead, I felt like the author used profanity over character development when showing his main character is at a low point in his life. I feel like another round of writers workshop would've made this story more polished.

As I said above, the author's writing needed a bit more polishing.

What does Don Amodio bring to the story that you wouldn’t experience if you just read the book?

The narrator handled the main character very well. He was able to express down-on-your-luck desperation, intrigue, fear, and other emotions very well.

Do you think The Last Girl needs a follow-up book? Why or why not?

I feel that the conclusion of the book wrapped up the story and the character's situation very well. The main character is a writer, and wouldn't experience these events again unless he changed careers.

The setting, the protagonist, the story. All of these elements really came together in this story in a way that kept me guessing till the end.

The narration by Don Amodio really brought this story to life. This was my first audio book experience, and he really helped me escape into the story. Looking forward to his next adventure.

I got this because it was the right length for our road trip. It is the worst audiobook I have ever finished. The story was trite and predictable with a wooden whiny protagonist. The narrator was truly terrible. Don’t waste your money or your credit.

This is the first book of this author that I have read,and it didn't disappoint. I ENJOYED the story and the characters very much. . Loved, loved I am ready to begin the second book. A great book to read. I VOLUNTARILY ACCEPTED THE ADVANCED COPY OF THIS BOOK FOR A HONEST REVIEW.

I was so pleased to have the opportunity to read this gem. Just graphic enough to keep my attention, yet I would recommend this to my sixteen year old son and be comfortable with that choice. Constant action with very little filler.
You can't help but like the "everyman" protagonist. A man down on his luck, turns private investigator. There are some laugh-out-loud funny moments.
All I can say is this is a very enjoyable read. Had to keep finding chores to do for excuses to listen.
I was given a copy of this audio book in exchange for my honest review.

A noir love letter to Mexico via Florida

Tequila drinking axolotols attempt to bring Hollywood to Sarasota. Stellar performance by Don Amodio, who brought the story to life with his vibrant narration.

This was a very quick listen, perfect for a little palate cleanser between longer novels. It fits the description of your standard crime novel, with the usual twists and turns of a mystery novel, but don’t go in expecting any literary epiphanies or profound prose. There’s a definite lack of depth to the characters and the plot, which actually suited me just fine for this particular story. I didn’t feel a keen connection to any of the characters, but I still wanted to know how it ended, so I suppose that says something about the author’s ability to develop a good plot line.

I’ll be keeping my eye out for more from this author. It seems (though I haven’t researched him to know for sure) that he may just be starting out, and his writing style is still developing. If that’s the case, I’m excited for future work from him. Some heavier editing, perhaps, and a little more development, and he’ll be churning out best sellers in no time.

There was nothing overtly offensive about how this book was read, but it felt like a high school forensics performance: a lot of over-eager emoting, and some awkward pauses and weird breath hitches (probably for dramatic effect) where pauses seemed unnecessary. I kept wishing he would just relax and tell me the story, especially since the book is written in first-person perspective, but the whole thing felt like he was auditioning for the part of narrator. He TOLD! ME! THE STORY!!!! instead of just talking to me calmly.

A Gripping Narrative Brought to Life

This is the best book I've ever read about salamanders and murder. I was immediately drawn in by the narrative, and soon found myself falling in love with Dexter's seat-of-the-pants sleuthing. Danny Lopez's colorful characters and witty dialogue are brought vividly to life by Don Amodio's vocal performance. I also learned how to spell "axolotl".

Mystery that keeps you guessing

The Last Girl keeps you guessing, from the ragged looking man (who I kept wondering about!) in the bar to traveling through Mexico, you never really know what’s happening next.
Loved it! It was a great companion for my work commute.