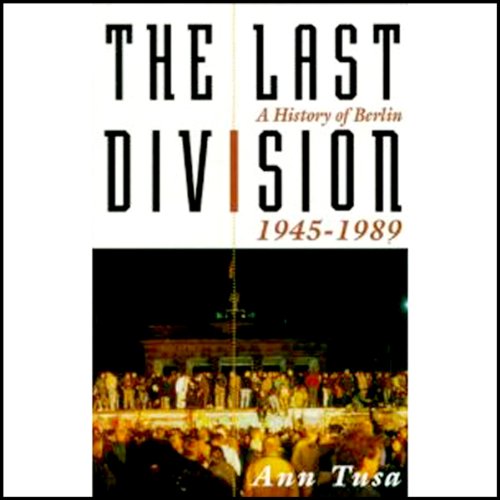 By: Ann Tusa
Narrated by: Nadia May

Berlin has played a major role in world politics since the Nazi era and continues to be in the spotlight today as the once-again great capital of Germany. Ann Tusa presents an engaging chronicle of the Cold War partitions of this historic city, from the political strife and administrative division by the victors against Hitler through the building and eventual destruction of the Wall. Using newly available documents, she offers a full account of the political, diplomatic, and military affairs of the city, with vivid characterizations of central figures like Konrad Adenauer, Nikita Khrushchev, and British Prime Minister Harold Macmillan. She also reveals the full drama surrounding the building of the Wall, the experiences of ordinary Berliners, and the personal tragedies that resulted when the Wall severed a living city and sundered families for generations.
©1997 Ann Tusa (P)2000 Blackstone Audio, Inc.

"An excellent book; some of the anecdotes, such as what to do with 4000 East German guard dogs after the Wall came down, are worth the price alone. For those who wish to understand the Zeitgeist of the modern Berliner, this is a book to purchase." ( Library Journal)

The author's practice of imitating German, Feench, Russian and American accents when quoting people is extremely annoying. The book itself is very detailed in respect of the 1940's and 1950's but very shallow when it comes to decribing the historic events of the late 1980's