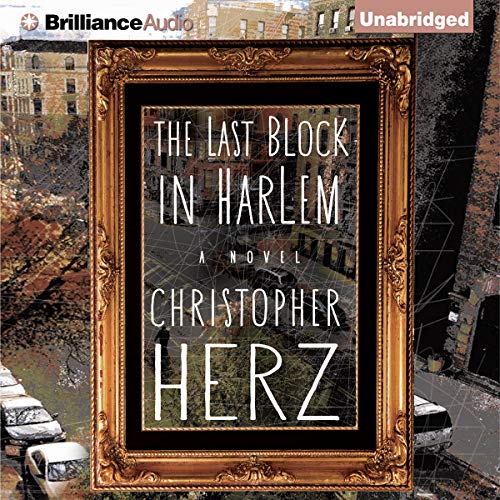 The Last Block in Harlem

The Last Block in Harlem

By: Christopher Herz
Narrated by: Peter Berkrot
Free with a 30-day trial

All fire escapes lead back to the same block in Sugar Hill, Harlem - where kids run through hydrants and music blares from stereos plugged into lampposts. When a new resident (the story’s unnamed narrator) notices the trash polluting the picturesque streets and tainting his block’s beauty, he is spurred to action. However, his best intentions go awry when the cleanup brings media coverage that, in turn, sets off a rash of evictions and an influx of affluent tenants. In an attempt to preserve his neighborhood, he mobilizes a grassroots effort to improve matters from the inside out.

Realizing he has yet again polluted his reality with unintended consequences, his fight to clean up the block evolves into a quest to cleanse his soul. The choices he makes cannot change the past or the secrets that haunt him, but will alter the future for himself, his family...and the last block in Harlem.

What listeners say about The Last Block in Harlem

I was struggling to finish this book but just can't make myself. I can sense the author's efforts but there is something missing. I also don't care for the narrator, especially with feminine characters.

Wrong narrator for this book

Would you try another book from Christopher Herz and/or Peter Berkrot?

I see the narrator has considerable and well rated experience under his belt but this book is beyond his range. To be believable this book requires a range of accents and dialects and narrator just sounds like a white boy. Japanese tourists are made to sound like the Frito Bandito, to name one. This is very distracting. Overall the book is nothing to write home about and where excellent narration would help, this detracts. I would give this book a pass. Can't decide if I will struggle through and finish it.