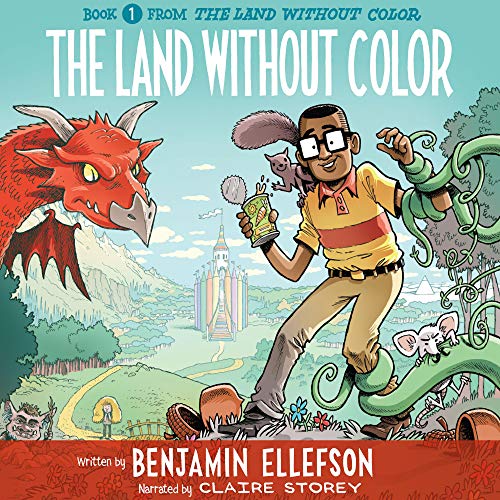 The Land Without Color

By: Benjamin Ellefson
Narrated by: Claire Storey
Try for $0.00

What if you were transported to a land without color? And the only one who could restore it was you?

When Alvin gets a mysterious pack of gum for his birthday, he, of course, blows a bubble as large as he can. But when that bubble carries him away to a far-off land where everything is gray, he’s in for the adventure of his life, and more than a little danger....because he’s the only one who can restore the Kingdom of Color to its former glory.

To do it, Alvin has to battle man-eating plants, outsmart the bumbling Crimson Guards, cross the Sugar Dessert, overcome the two-headed dragon, and find the color-stealing goblins. It’s dangerous. Scary. Impossible! But it’s the only way to restore color to the kingdom.

In the multi award-winning The Land Without Color, Benjamin Ellefson has crafted a middle-grade tale full of fantasy and wonder that will capture young listener’s minds as well as their hearts.

What listeners say about The Land Without Color

After reading this book, I really enjoyed listening to the story. It is full of colortul characters in spite of being in a land without color. Alvin and his friends must use their wits and imagination in order to escape perils and solve mysteries.

Land Without Color is a hit

Just li.stened to my first audio book. I chose a ;light story about Alvin and his journey to the land without color. This is a nice book and well written. The reader provides an interesting reading of the story, relaxing and well done. I plan on getting more of the trilogy as they are availahle. Well done all around