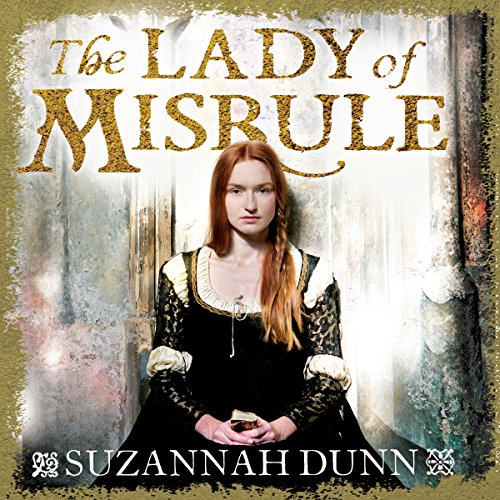 The Lady of Misrule

By: Suzannah Dunn
Narrated by: Penelope Rawlins
Try for $0.00

Escorting 'nine days queen' Lady Jane Grey across the Tower of London from throne room into imprisonment is Elizabeth Tilney, who surprised even herself by volunteering for the job.

All Elizabeth knows is she's keen to be away from home; she could do with some breathing space. And anyway, it won't be for long: everyone knows Jane will go free as soon as the victorious new queen is crowned. Which is a good thing because the two sixteen-year-olds, cooped up together in a room in the Gentleman Gaoler's house, couldn't be less compatible.

Protestant Jane is an icily self-composed idealist, and catholic Elizabeth is...well, anything but. They are united though by their disdain for the 17-year-old to whom Jane has recently been married off: petulant, noisily aggrieved Guildford Dudley, held prisoner in a neighbouring tower and keen to pursue his perogative of a daily walk with his wife.

As Jane's captivity extends into the increasingly turbulent last months of 1553, the two girls learn to live with each other, but Elizabeth finds herself drawn into the difficult relationship between the newlyweds. And when, at the turn of the year, events take an unexpected and dangerous direction, her newfound loyalties are put to the test.

What listeners say about The Lady of Misrule

Would you consider the audio edition of The Lady of Misrule to be better than the print version?

Wonderful story! Wonderful narrator! The performance was perfect. She really made me connect with the character. The story is also told from a very different viewpoint. The book flew by and I was sorry when it was over!

This is the first book I've read by Suzannah Dunn and I have already downloaded the May Bride. I've read a number of books about Lady Jane Grey, the original Nine Day Wonder but this book put a new slant on the story by introducing a character who was constantly with Jane during the period of her incarceration, Elizabeth, and telling it through her eyes.

Although Elizabeth is not overly enamoured of Jane to start with and has absolutely nothing in common, a mutual respect grows during the period they are thrown together. The inevitable religious discussion between Catholic/Protestant and Queen Mary/Lady Jane Grey's loyalty to their cause is treated in a simple but interesting way.

I also thoroughly enjoyed Penelope Rawlins performance throughout the book and she even made the male voices pretty convincing. One of my favourite 'voices' was Goose.

A good and interesting read, particularly for someone who wants a light historic touch, and a sympathetic treatment of Lady Jane Grey but then seriously, how could you not be sympathetic to a young woman who was so appallingly used by the people in her life that should only have had her welfare at heart and not their own personal ambition?

i actualy forced myself to listen till the bitter hoping against hope it woukd be worth it.. it wasnt. The dullest diatribe and so not worth the credit. Narrator a breathy girly vioce that just irritated..