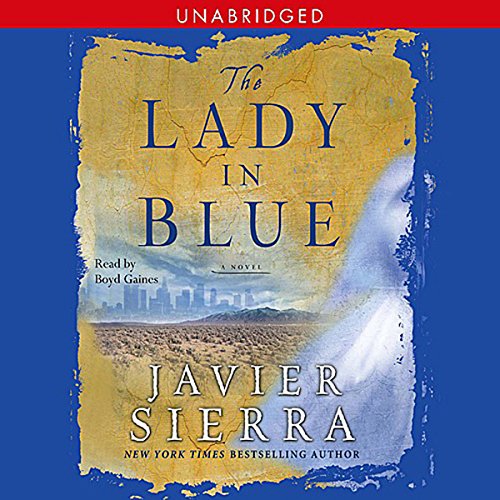 The Lady in Blue

The Lady in Blue

By: Javier Sierra
Narrated by: Boyd Gaines
Free with a 30-day trial

An old Spanish historical mystery awakens the interest of a journalist, a retired psychic spy for a top-secret U.S. Air Force program, and several cardinals in Rome. Its solution is linked to a 16th-century nun, who was accused by the Spanish Inquisition of traveling more than 500 times to the New Mexico territories by using her power to "bilocate" (to be in two places at the same time).

This novel is based on a famous legend of the American Southwest that a strange "lady in blue" appeared to the Native Americans, informing them of the arrival of the first Conquistadors. The Conquistadors initially believed she was the Virgin of Guadalupe. But the truth is far more surprising.

What listeners say about The Lady in Blue

I was expecting a lot from this book based on it’s outstanding reviews (on other sites); however I was disappointed in it in several ways. The story skips around from five or six different story lines running from the present to the 1600s in the New World. Perhaps it was the audio format that did not work for me but I was constantly rewinding the audio to make sure I was getting everything. This is a religious conspiracy thriller that had some really interesting theories about famous Christians who could bi-locate through time. The focus was on a nun, Maria Jesus d’?greda, who could be simultaneously in her convent in Spain and in New Mexico converting the Indians. Maria’s story alone was fascinating. Unfortunately, although the principals of the story were remarkable, I could not identify with the characters and felt that they were used as tools to tell the story and not portrayed with any depth. In the end I could not wait for this story to be over. It was weak as a thriller but maybe it would have worked better as a documentary.

Why should Spanish people speaking Spanish (but in the audiobook speaking English for our benefit) have a Spanish accent? What is worse, bad plot, not a single convincing character.