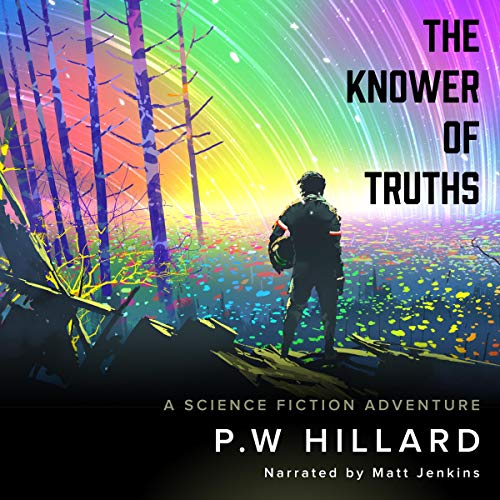 The Knower of Truths (A Science Fiction Adventure Novel)

They wanted a savior, what they got was a tour guide.

Michael liked his nice, normal life. It was fine. Until aliens arrived on Earth, looking for their holy planet.

But Michael adapted to life on an alien filled Earth. That is, until he’s kidnapped at gunpoint and whisked off to the stars by an alien who thinks Michael is his holy savior. Chased across the stars in a case of cosmic mistaken identity, Michael must face angry pirates, strange aliens and impossible worlds.

The drums of war beat across the universe, stirred up the by appearance of the fabled messiah. A millennia-old standoff threatens to crash down around Michael, as he learns that belief has a power of its own.

All Michael wants to do is go home.

This story is a quirky, zany thrill ride in which an alien believing that a certain tour guide is the savior, hires someone to kidnap him at gunpoint, and forces the tour guide to go with them into space. Once there, the craziness continues as the story unfolds. I found this story to be entertaining and humorous. Matt Jenkins' narration of the story was fine. I was given a free copy of the audiobook and I have voluntarily left this review.