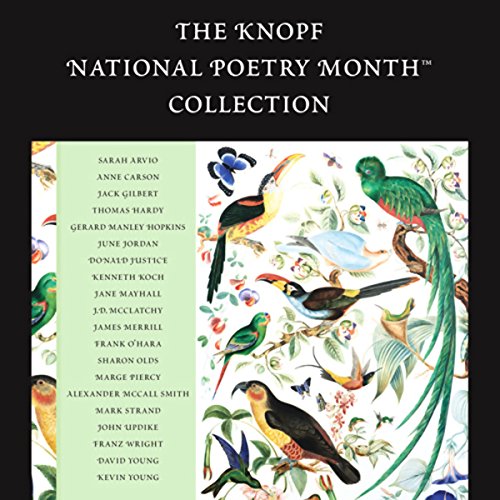 Since 1998, the Alfred A. Knopf Publishing Group has celebrated National Poetry Month by e-mailing a poem a day throughout the month of April to over 25,000 devoted poetry fans. In April 2006, Knopf introduced the Poem-a-Day podcast, which featured poets including Kevin Young and James Merrill reading their own poems, as well as Knopf authors, such as Joan Didion and Toni Morrison, reading work by their favorite poets.

To celebrate National Poetry Month 2007, Random House Audio has gathered a selection of the April 2006 Knopf Poem-a-Day podcasts into one outstanding audio collection. In addition to the all-star lineup of poets and celebrity readers included in Knopf's podcasts, this program also features exclusive bonus-track recordings of Donald Justice, Franz Wright, Frank O'Hara, and Mark Strand reading their own work.

"National Poetry Month is a wonderful way to celebrate the richness of the voices in our midst. 'So many uttering tongues', as Walt Whitman said." (Robert Hass, former U.S. Poet Laureate)

What listeners say about The Knopf National Poetry Month Collection

great poem by olds in here

reading Sharon old's poem about her fathers made me weep. poems should elicit such emotion. these do