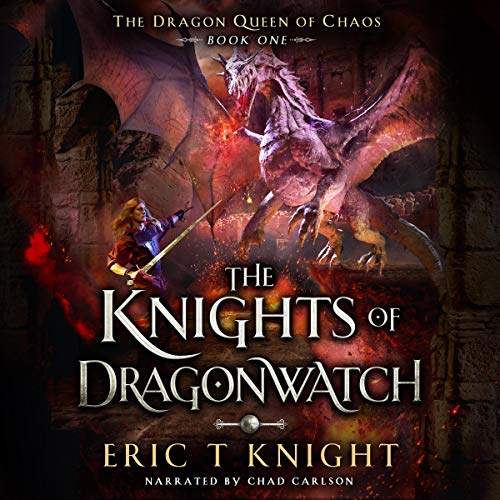 Led by dragons, the Emperor’s vast army conquers every nation in its path...

The Emperor seeks to free the Dragon Queen from the Abyss. The only ones who could have opposed him are the Knights of Dragonwatch, an ancient order created to defend the world against the Dragon Queen, and they are no more, betrayed by one of their own and hunted to extinction.

Jarryd is a young man with a secret. He sees demons. The visions have plagued him since he witnessed a traumatic event as a small boy. Jarryd lives in fear that his secret will be discovered, and he will be condemned to the fate of those who consort with demons. Or, even worse, that the demons will consume him and make him one of them.

Can Jarryd overcome the demons within himself and defeat the Emperor in time? Or, will the Dragon Queen escape her prison and ravage the cosmos, once again?

Buy The Knights of Dragonwatch and begin this gripping new epic fantasy series today. And don't forget the two previous series in the Chaos Cycle: Immortality and Chaos and Chaos and Retribution, available now.

What listeners say about The Knights of Dragonwatch