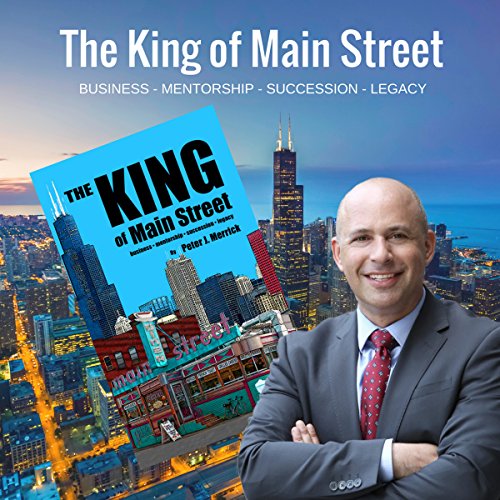 The King of Main Street

By: Peter J. Merrick
Narrated by: Maxx Hennard
Try for $0.00

When Michael meets Harold in what he thinks is a chance encounter in downtown Chicago, this young, cocky entrepreneur has no inkling of the journey of self-discovery and growth he is about to embark on.

This quest occurs over the course of several decades, after Harold takes Michael under his wing. Harold has been crowned “The King of Main Street,” a title he has rightfully earned as one of the most successful businessmen to ever walk the earth. Harold instructs his protégé about the most valuable discoveries, insights, and lessons he has learned during his life’s journey. In turn, Michael learns what it takes for true success in living, business, mentorship, and succession. Harold shows Michael that it is important in life to leave a worthy legacy. But Harold also has much more in store for him than Michael could ever have imagined.

What listeners say about The King of Main Street

Best Business Book - A Must Read!!!

This audiobook captured my attention from the first paragraph. And the plot kept building up until the Big Reveal at the end. A voice can make a good book impossible to listen to and a bad book enjoyable. Maxx's voice is The King of Main STREET, I JUST LIKED LISTENING TO HIM. Plus the sound affects added to the over all experience. I give this book a Five Star out of Five Star. A MUST LISTEN TO.