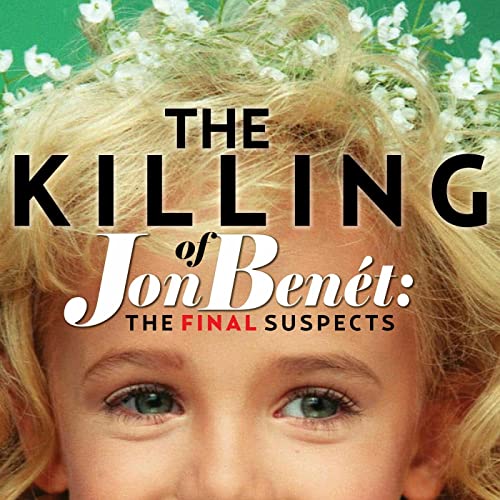 The Killing of JonBenet Ramsey

What listeners say about The Killing of JonBenet Ramsey

Nothing new and minds are set

There’s nothing new to hear…. Although what you do hear, you hear MULTIPLE times. Half of the “time” of this podcast literally the SAME thing being repeated to bring hope to us listeners that they’ll drop a new bombshell… but they don’t.
If you have nothing better to listen to … that’s only when I’d recommend.

Another maddening attempt to deflect suspicion away from the “perfect” family. Now they’ve recruited JonBenet’s brother John Andrew Ramsey to carry the banner. No one’s done more to harm this investigation than the Ramseys. All these years later, they are still pointing the finger of suspicion at family friends and former employees; even the employee’s kids! See? It’s all in the DNA. The police, district attorney, FBI, news media, book authors, you and I are all to blame. FYI, Lou Smit’s family started a GoFundMe account. That’s right. You can donate money to help them work on occasional weekends to follow up on non Ramsey related leads (That’s not a conflict of interest). Remember, there’s a crazed perverted monster out there who writes 3-page ransom notes. Keep your kids close!

What a waste of time. Sorry, but I think patsy did it. That 3 page ransom note, designed to get the dad out of the house. Mothers and daughters have complex relationships.

This is just a rubbish whitewash, that only focuses on everyone else than the family.

Please read some of the other books on the topic - for example:
"Who Killed JonBenet Ramsey" By Charles Bosworth, "Perfect Murder, Perfect Town" By Lawrence Schiller, or "JonBenet: Inside the Ramsey Murder Investigation" By Steve Thomas.

Then it will be perfectly clear that either Patsey or Burke did it, and the family covered it all up by pointing at everybody else, just like this series seems to do.